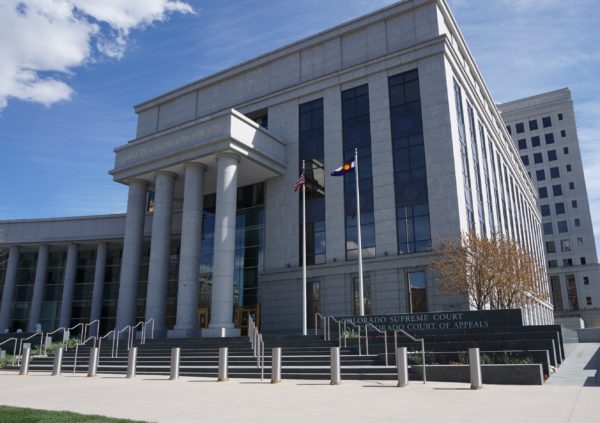 New law school graduates may be closer to Colorado courtrooms than they think.

The Supreme Court of Colorado on Monday told attorneys that, if the July bar exam needs to be postponed due to the coronavirus fallout, new law school graduates will be allowed to practice law temporarily before passing it.

“We already have a student practice rule that allows graduates to practice in the public sector and legal services settings when they graduate, but this emergency rule would also allow law graduates to engage in the private practice of law for law firms in supervised settings, so they can start earning money with their law degree,” said Jessica Yates, director of the state Supreme Court’s Office of Attorney Regulation Counsel, which administers the bar exam.

This new rule would allow 2020 law graduates to practice under the supervision of an attorney in good standing with a three-year license as they wait to take the next bar exam. According to the court order, graduates must apply to take the first scheduled bar exam after graduation or qualify for one extension, and they must have a degree from an accredited law school.

The Colorado bar exam is held twice yearly, on the last Tuesday and Wednesday of February and July. At this point, the state hasn’t postponed the July exam.

“Right now we are working on a plan to have an exam that would have social distancing,” Yates said. “So applicants would be stationed six feet apart and take appropriate measures, like wearing masks.”

Yates said the office is considering a late-September date if the July exam is postponed.

Colorado is one of 30 states that have adopted the Uniform Bar Exam, which is a standardized exam administered by the National Conference of Bar Examiners. Yates said that the organization does not offer an online option.

“This COVID-19 situation shows that having an online option would be helpful, and I’m sure it will accelerate those discussions,” she said.

New Jersey’s Supreme Court adopted the same temporary rule last week after it was announced the state’s bar exam would be postponed until September.

In Monday’s letter to the state’s attorneys, the Colorado Supreme Court also announced a number of other amendments related to the pandemic. As a result, remote hearings can be held in criminal proceedings where in-person hearings have been required, a judge can declare a mistrial if it is unsafe to assemble a jury and returns of service can go without notarization, among other changes.

“Right now we are working on a plan to have an exam that would have social distancing,” said Jessica Yates, director of the Office of Attorney Regulation Counsel, which administers the bar exam.