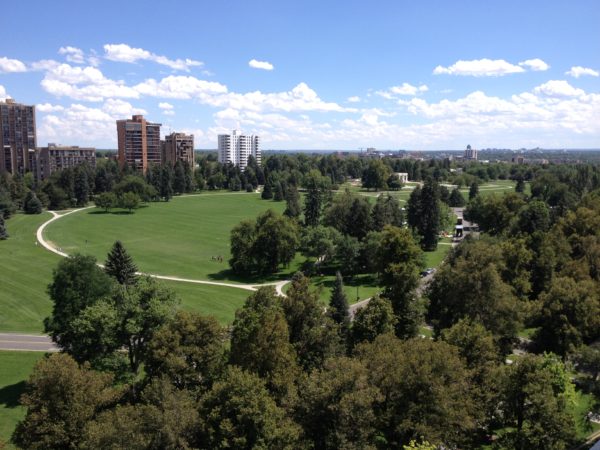 A view across the main lawn from the northwest corner. (Wiki Commons)

The order had been set to expire April 30.

Hancock’s move contrasts with that taken by Gov. Jared Polis, who let the statewide stay-at-home order expire April 26 in favor of a period he’s calling “safer at home.” Polis spent much of last week emphasizing that he still hopes individuals will stay at home as much as possible.

The expiration of the statewide order means that nonessential retailers can begin selling goods through curbside pickup, and some businesses that offer one-on-one services can reopen. It does not affect restaurants, which still are barred from offering dine-in service but may prepare food for takeout and delivery.

Denver’s stricter municipal order supersedes the statewide order, meaning salons and tattoo shops within Denver cannot reopen Monday, even though those in other parts of the state will be able to do so.

Other nearby counties, including Jefferson and Boulder, also joined Denver in extending their orders to May 8, although those counties are also letting nonessential retailers offer curb-side pick-up. Denver is not.

Layoff notices: The following companies are among those that recently notified the state labor department of layoffs or furloughs:

Avis Budget Car Rental in Denver: 260 employees either furloughed or laid off permanently

No alcohol in parks: Denver last week announced consumption of alcohol in city parks is prohibited, beginning this past Friday and extending through July 23.

The city previously banned the use of shared equipment, such as Frisbees or footballs.

Donations: Shift Workspaces’ Feed the Frontline Denver campaign said it has raised over $20,000 and contributed nearly 1,000 free meals to healthcare workers around Denver. 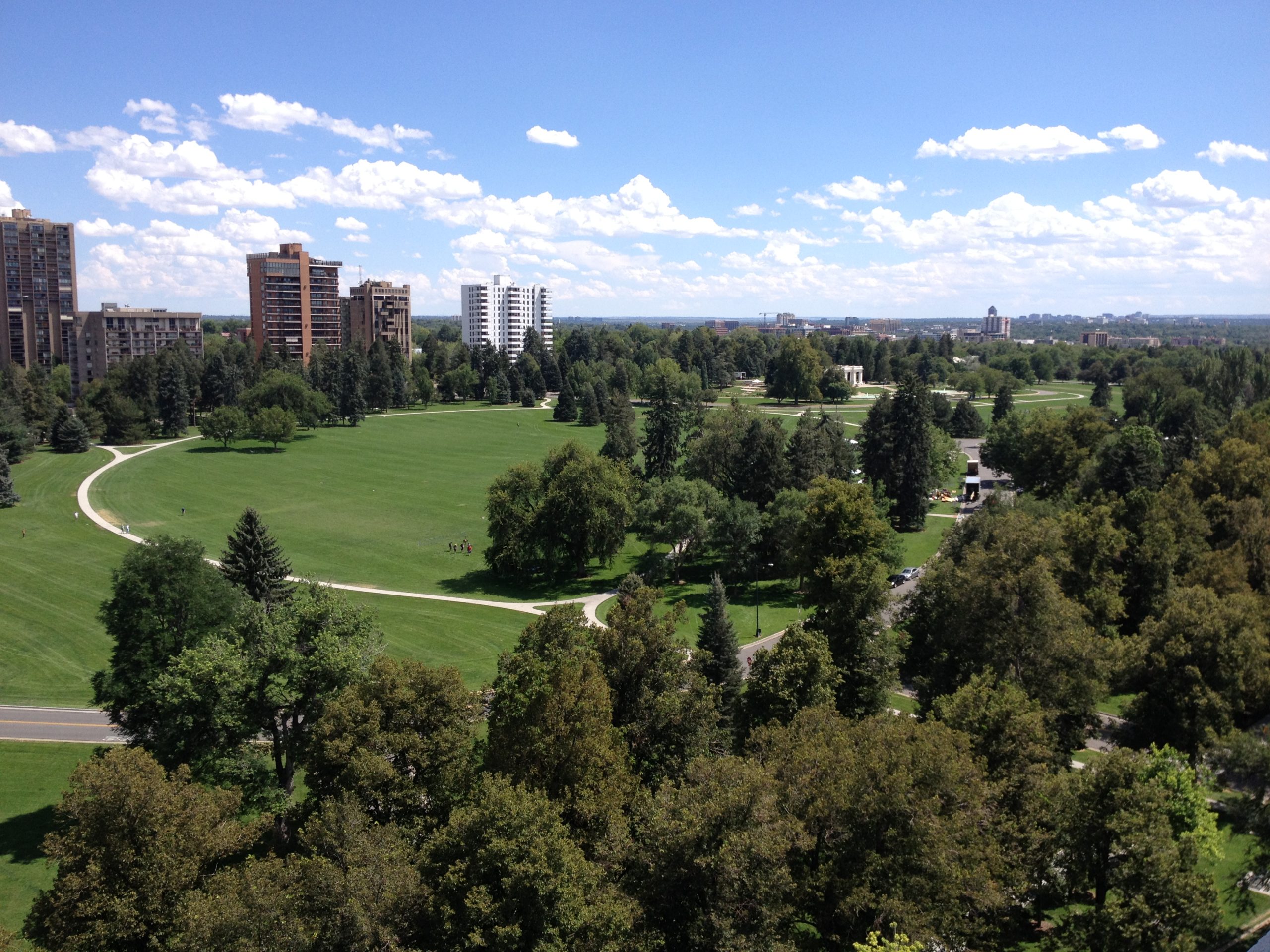 A view across the main lawn from the northwest corner. (Wiki Commons)

Plus, you can’t drink in Denver parks for several months.