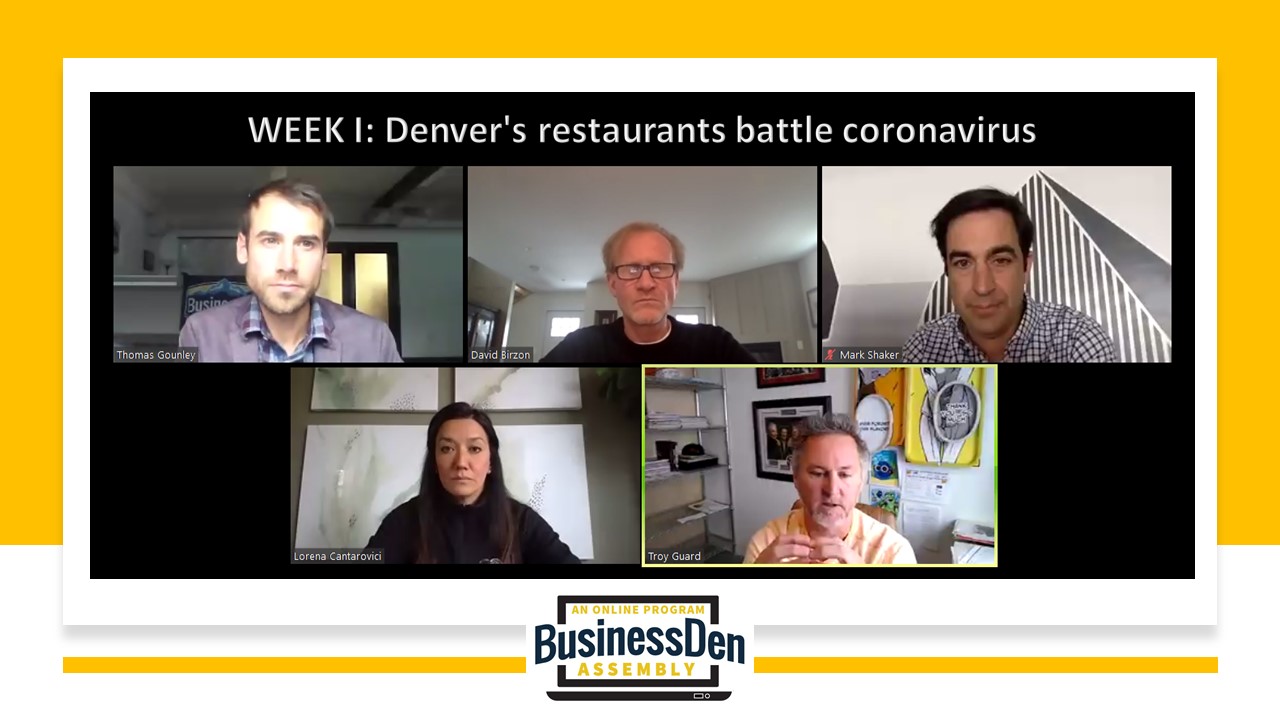 The inaugural BizDen Assembly focused on how local restaurants are coping with the COVID-19 crisis. (BizDen graphic)

Weeks into a government order banning dine-in service at restaurants due to the coronavirus, the industry remains stuck in a state of uncertainty.

“It’s very stressful; it’s very fearful; it’s the fear of the unknown,” said Troy Guard, owner and executive chef of Denver’s TAG Restaurant Group. “That’s the hardest thing because I can’t really pinpoint when we can open and how it’s going to look. It’s really a crystal ball and I don’t have one of those right now.”

Guard was one of four panelists in the inaugural BusinessDen Assembly, an online panel discussion exploring how local industries are navigating the coronavirus pandemic. Other panelists in the Thursday event were Snooze CEO David Birzon, Maria Empanada founder Lorena Cantarovici, and Mark Shaker, co-founder of Aurora’s Stanley Marketplace and Broadway Market.

The four restaurateurs each have responded differently to the city and state shutdown of restaurants, except for takeout and delivery. In Denver, that shutdown extends through May 11.

Guard, who operates 12 restaurants, shut all them temporarily, skipping the to-go options. Cantarovici has closed three Maria Empanada locations and is trying to get customers to buy her product in bulk. 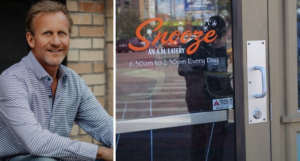 At Snooze, which also has numerous restaurants outside Colorado, Birzon has closed 15 of 41 locations, and said only one of the operating ones is profitable. Shaker and his partners closed Broadway Market, but have 10 food concepts from Stanley Marketplace participating in curbside pickup.

What each owner could agree on was their concern for an uncertain future. Although Denver’s order regarding restaurants extends through May 11, no one predicted a quick industry comeback.

Birzon said Snooze has laid off 1,900 employees. And because many people aren’t used to getting breakfast delivery, he said volume is down 80% during the week and 65% to 70% on the weekends.

In terms of reopening, Birzon said he wants to avoid a situation where he does that, then a worsening pandemic forces him to close down again a month later.

“It will cost us anywhere from $2.5 to $8 million just to reopen our restaurants right now, and that’s a huge cash expense,” Birzon said. “And if we have to do it twice in a year, it would probably put us under.”

Shaker said sales are down between 50% and 80% at Stanley Marketplace, where he operates the Stanley Beer Hall. A large patio means his business typically doubles between March and October. Instead, he’s closed — and worrying about reopening in an era of social distancing.

“Our restaurants do not work if we have to lose half our tables,” Shaker said. “There are too many fixed costs that just destroy you.”

Shaker said one possible option at Stanley Marketplace would take advantage of the land it sits on.

“We’re looking into putting a football-size tent out in our open field and spacing out hundreds of tables to basically create one large social distance restaurant that all of our family restaurants can participate in, and we’d have like a little on-field delivery program out there,” Shaker said. “So, we’re constantly racking our brain for different creative interventions.”

As for paying rent, Guard said it’s not even a possibility right now.

“We were shut down; it wasn’t our choice to shut down. We don’t have money to pay for April or May because we’re not open, so until we reopen, we really can’t pay rent,” he said, adding he likely will need reduced rent when he does reopen. 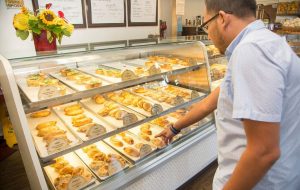 Cantarovici, who had to lay off 70% of Maria Empanada staff, said she’s also negotiating with her landlords.

“I always hear we are all in the same boat, but I don’t think so,” Cantarovici said. “We are in the same storm, but not in the same boat. Some of us are going to make it and some of us aren’t. We need help. That’s probably the first message I gave to my landlords: We want to survive the storm.”

The panelists said they had received or were pursuing funds from the stimulus package passed by the federal government, but still were working to determine how to best use it.

“There’s severe limitations in that funding,” Shaker said. “It’s great to have, but it needs to be used within eight weeks, and the majority of it should be labor that’s already out of employment.”

Guard said he was emailing with his lawyer to determine how to properly spend it.

Despite financial fallouts and fears, the group recognized the importance of health and safety, and the need to keep perspective.

“I do have hope that things can be normal,” said Cantarovici, who immigrated from Argentina. “It will probably take a while, but we are humans and we need humans. As much help we can get from the community and as much help as we can have from the government, I know we are in a good country.

“I speak with other business owners in South America. There is not a similar package there right now. Let me tell you, they are probably locked down for a month and no hope in bringing back their businesses. So we have that here. We need to be prepared. We can do this.”

The inaugural BizDen Assembly focused on how local restaurants are coping with the COVID-19 crisis. (BizDen graphic)

At Stanley Marketplace, “We're looking into putting a football-size tent out in our open field and spacing out hundreds of tables to basically create one large social distance restaurant.”