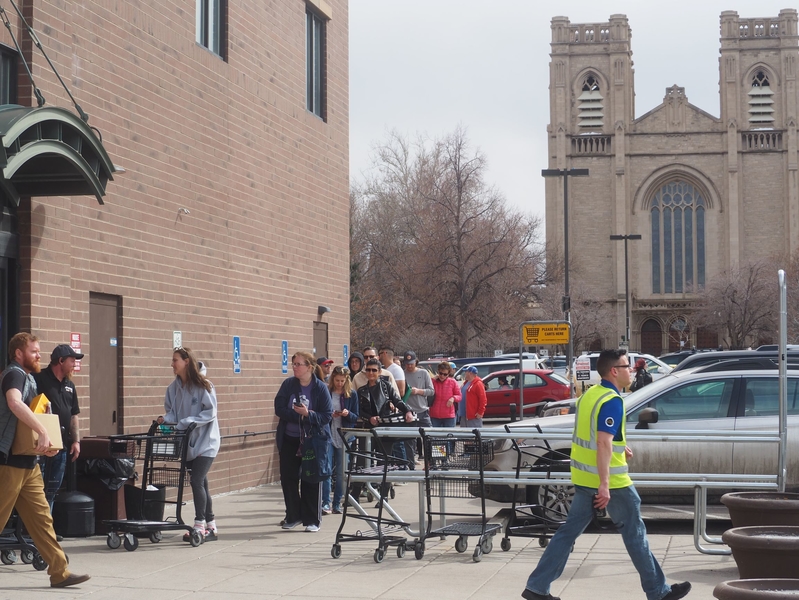 Residents looked to stock up on alcohol following Mayor Hancock's initial announcement regarding the closure of liquor stores. 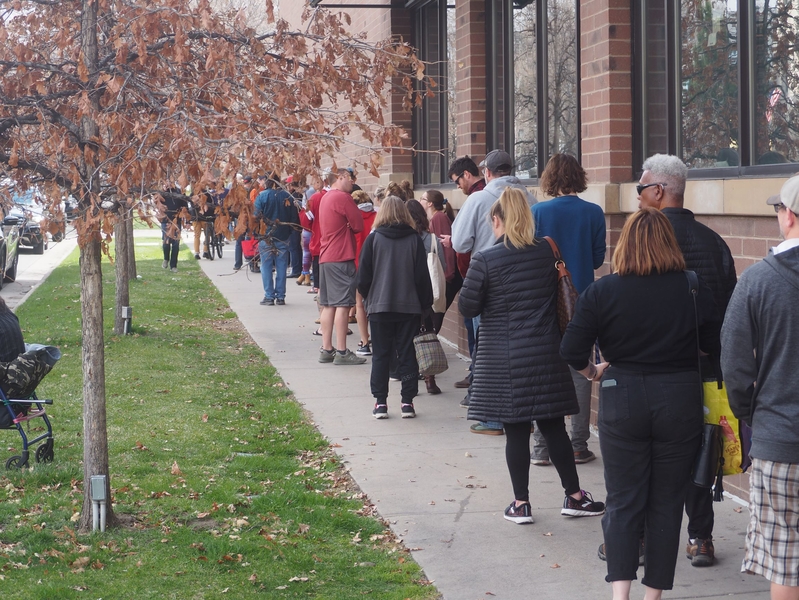 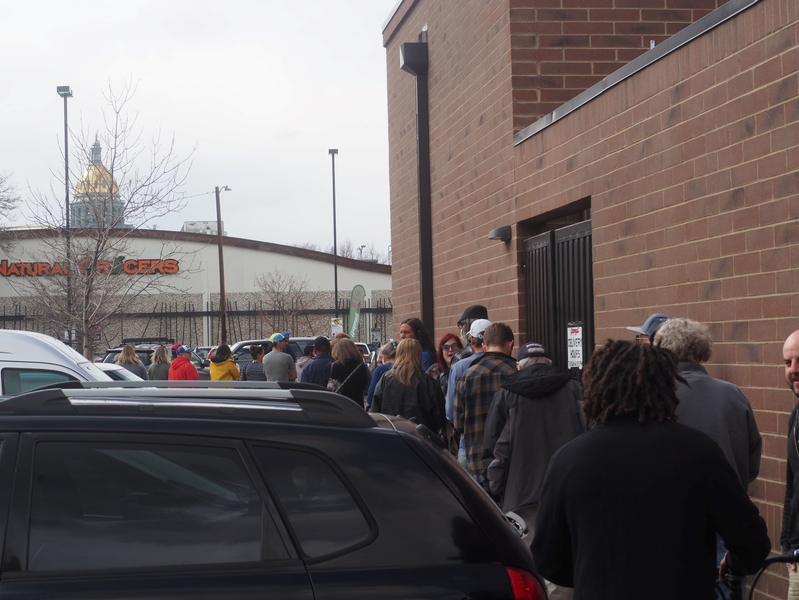 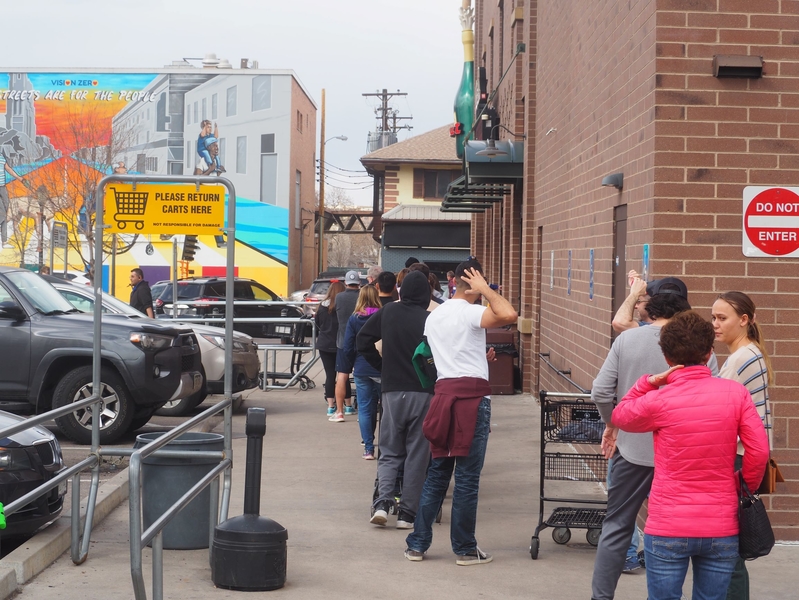 Denver Mayor Michael Hancock announced a “stay at home” order on Monday in an effort to slow the transmission of coronavirus.

The order, which begins at 5 p.m. Tuesday and runs until at least 5 p.m. April 10, mandates the closure of businesses in the city not deemed “essential.”

“It’s very important that every Denver area resident complies with this order,” Hancock said. “This isn’t a recommendation anymore.”

The full order can be found on the city’s website.

Hancock said enforcement is challenging and that the city will start with “voluntary compliance.” According to the order, however, anyone who doesn’t comply could be subject to a $999 fine per violation.

Hancock initially said Monday afternoon that liquor stores and recreational marijuana dispensaries were among the businesses deemed nonessential, and thus must close. He also indicated construction was permitted on only certain types of projects.

Within three hours, after long lines formed at local liquor stores, Hancock updated his order, saying recreational dispensaries and liquor stores “with extreme physical distancing in place” would be able to remain open. He also said the order did not affect all construction projects.

Denver International Airport will remain open and the majority of construction operations can continue. Restaurants are still allowed to operate and offer food for carryout and delivery, as they’ve been for a week.

People are still allowed to use city parks and conduct essential activities, such as grocery shopping, picking up medicine and walking the dog, but must maintain social distancing. Hancock said city playgrounds will close.

According to Hancock’s order, essential businesses include:

On Sunday, the day prior to Hancock’s announcement, Colorado Gov. Jared Polis ordered non-critical workplaces in Colorado to reduce their in-person workforce by 50 percent and suggested residents do things such as grocery shopping less often. But he stopped short of issuing a stay-at-home order.

Liquor stores: One immediate impact of Hancock’s order? Lines began forming at Denver liquor stores as residents looked to stock up. Within an hour of the announcement, the line at Argonaut Liquor at 760 E. Colfax Ave. snaked around three sides of the building and staff were enforcing a one-in, one-out policy.

Grocery stores, which are deemed essential businesses, have been able to sell full-strength beer since January 2019. But wine and hard alcohol can largely be purchased only at liquor stores.

Hancock reversed course on liquor stores hours after his initial order, saying they will be able to remain open if they have “extreme physical distancing in place.”

RiNo grants: The RiNo Art District said Monday it has dedicated $200,000 to a micro-grant program through its RiNo Support Fund to benefit the artists, creators, teachers, performers and local businesses adversely affected by COVID-19.

Applications for the grants, which range from $500 to $2,500, will be accepted until April 10 and funds will be distributed within 30 to 40 days following selection. Since launching the support fund on March 21, the RiNo Art District has received 100 applications from neighborhood individuals and organizations. All applicants must currently be and plan to remain in the RiNo Art District.

Hospitals: National Jewish Health began testing hospitalized patients and health care workers for coronavirus during the weekend. The hospital said in a Monday news release that it plans to offer testing to the “broader community in the coming days.” Denver Health also began in-house coronavirus testing for patients with “severe illnesses and symptomatic health care workers.”

Restaurant: Congress Park-based Goods Restaurant is not offering meals for delivery but instead is offering free meals to those in need, including the restaurant’s former employees, according to 5280 magazine. 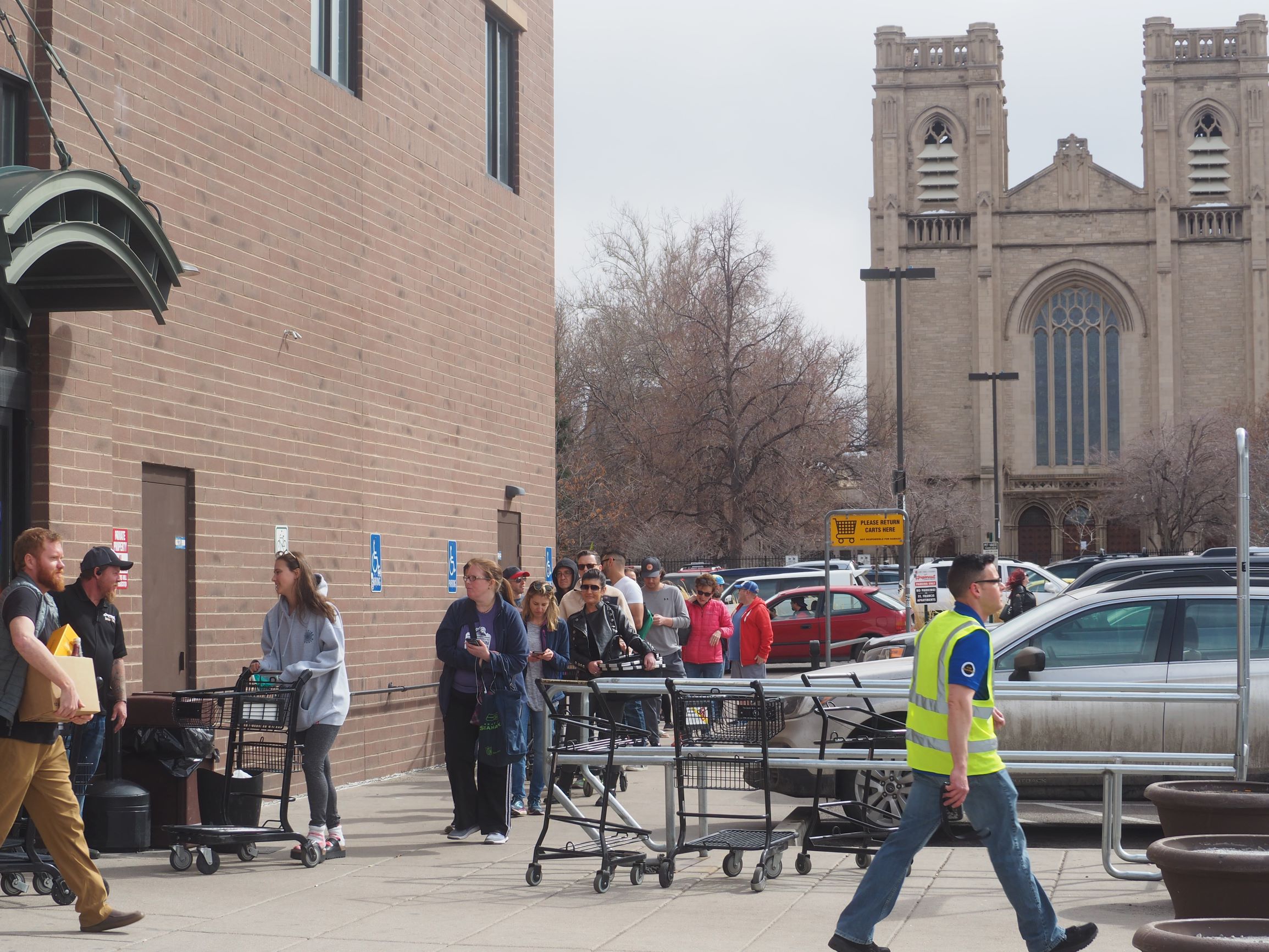 Also, two Denver hospitals have started testing for the virus.