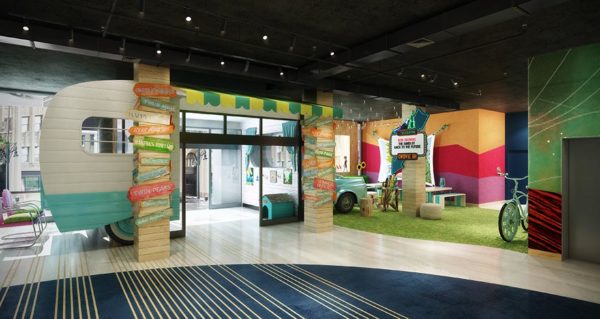 The lobby of The Curtis, one of multiple hotels in Denver that is temporarily closing.

Facing a dwindling guest count thanks to the coronavirus, some Denver hotels are opting to close — and don’t plan to reopen until mid-May.

The Curtis, The Maven Hotel at Dairy Block, The Oxford Hotel and The Crawford Hotel at Union Station, four independent downtown hotels operated by Denver-based Sage Hospitality Group, are closing Friday. The closure extends through May 12 or until further notice, according to a message posted on the properties’ websites.

Sage CEO Walter Isenberg said in a statement that the company made the “difficult decision to temporarily suspend business operations at a portion of our hotels and restaurants in order to protect the health and safety of our guests, our associates and our communities.” The company didn’t provide a list of the specific properties that have closed.

Amie Mayhew, president and CEO of the Colorado Hotel & Lodging Association, told BusinessDen Thursday that the first major Denver-area closure she heard about was the 511-room Grand Hyatt at 1750 Welton St., one of the city’s 10 largest hotels.

It will suspend operations on Sunday, she said. The hotel isn’t accepting bookings prior to May 11, according to its website.

“Everyone is sitting down and working the numbers to see what makes sense,” Mayhew said.

A number of other large hotels in Denver either didn’t respond to a Thursday request for comment or declined to comment. A manager at Courtyard by Marriott Denver Downtown said the hotel had no plans to close.

Mayhew said in March 2019, average hotel occupancy in the Denver area was 70.9 percent. It’s now running in the low single digits, 4% or 5%.

“March was projected for a lot of the Denver hotels to be an all-time record for business,” she said. “And it shifted on a dime.”

Many hotels in Colorado’s mountain communities already have closed, some of them by order. Summit County said Monday that lodging properties needed to close by noon Thursday. Staying in a hotel in Gunnison County requires the personal approval of the county’s director of public health and human services, according to The New York Times.

There’s no such government mandate for Denver hotels. Mayhew said one would be a major challenge, given the city does still have visitors and flight options are becoming more limited. Additionally, some lodging properties are used as long-term residences for those with few options.

“The ripple effect of that is pretty significant,” she said.

Mayhew said the decision to close is generally a financial decision, although hotels also are considering the safety of staff and guests.

As for the mid-May dates when hotels indicate they might reopen, Mayhew noted they correspond with when restaurants in the city may be able to reopen for dine-in service. Mayor Michael Hancock on Monday ordered restaurants to close except for delivery or carry-out through May 11.

Mayhew said she expected to hear of more closures, and that it isn’t clear when to expect a recovery.

“This isn’t over,” she said. “We’re still in the middle of this storm.” 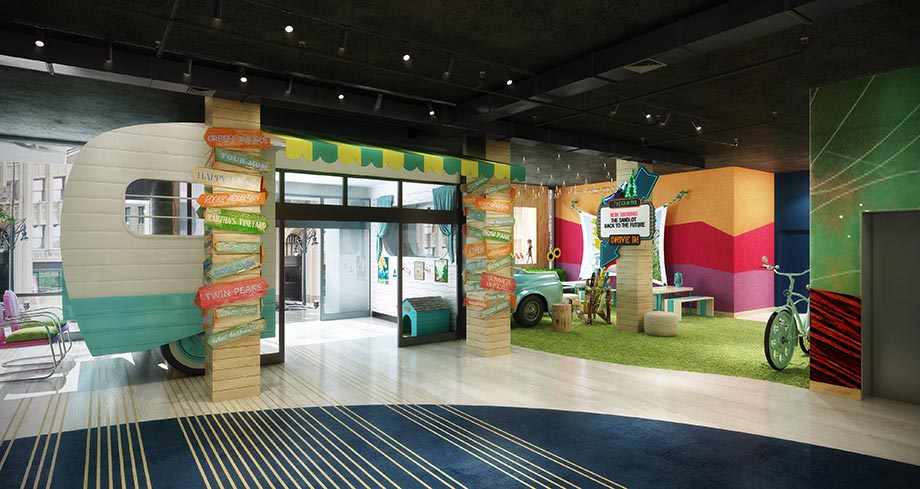 The lobby of The Curtis, one of multiple hotels in Denver that is temporarily closing.

“Everyone is sitting down and working the numbers to see what makes sense,” said the head of the Colorado Hotel & Lodging Association.