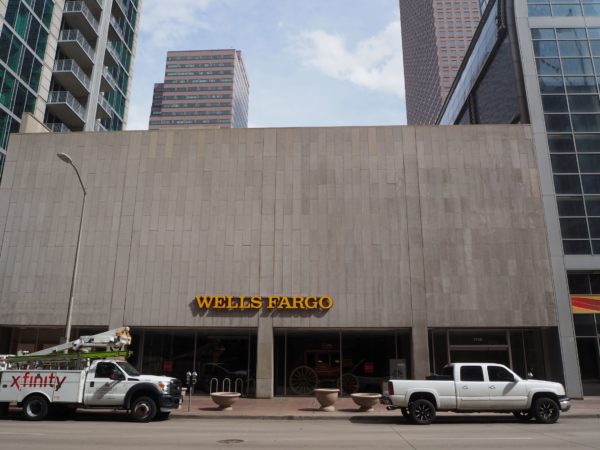 Wells Fargo has sold the building at 1740 Broadway, where it operates a branch. (Thomas Gounley)

Wells Fargo has sold the building at 1740 Broadway in downtown Denver as it prepares to move the branch that operates there.

The company sold the structure last week for $7.15 million to Boston-based Beacon Capital Partners, according to public records. The firm declined to comment on the transaction.

Wells Fargo is preparing to move the branch that operates at 1740 Broadway around the corner to 1701 Lincoln St., within the glass atrium at the northwest corner of Lincoln Street and 17th Ave.

Wells Fargo spokesman Steve Carlson said the branch will continue operating at its current location until the new space is ready, likely in late 2021 or early 2022.

“We are moving the branch and we sold the property because we no longer need such a large downtown bank branch like our current one,” Carlson said in an email. “The new space will be more efficient and will better meet the needs of our customers and our business.”

Wells Fargo has sold the building at 1740 Broadway, where it operates a branch. (Thomas Gounley)