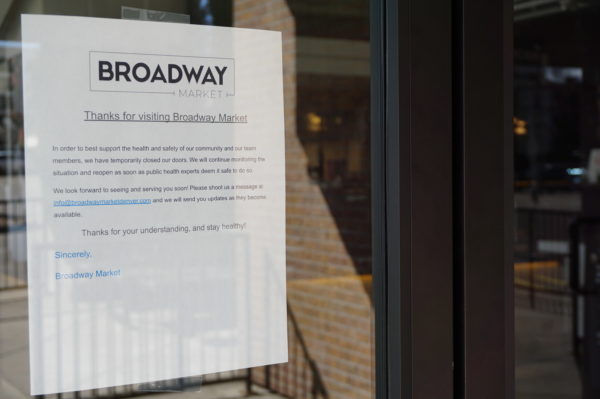 Broadway Market was closed as of Sunday. (Photos by Cassidy Ritter)

Gov. Jared Polis and Denver Mayor Michael Hancock announced on Monday a number of measures intended to curb the spread of coronavirus, most notably mandating that restaurants can serve food only for delivery or takeout.

Patrons across the state will not be allowed to consume restaurant food on the premises for 30 days. Patrons in Denver will follow the same rules beginning at 8 a.m. Tuesday and extending for eight weeks, through May 11.

“We know these increased measures have an effect on people’s day-to-day lives, but these are steps we must take in order to do our part to reduce people’s exposure to this virus,” Hancock said.

Here’s a summary of additional measures announced Monday by the Hancock administration:

+ Liquor, beer and wine sales are also restricted to carry-out, drive-thru and delivery only. No onsite consumption is allowed.

+ Bars or nightclubs that serve food can remain open for the purposes of preparing food for delivery and takeout.

+ Waiting lines for takeout in establishments should allow patrons to remain six feet from each other whenever possible.

Hancock also announced that evictions will cease while the Denver Sheriff Department transitions deputies to other areas of need. 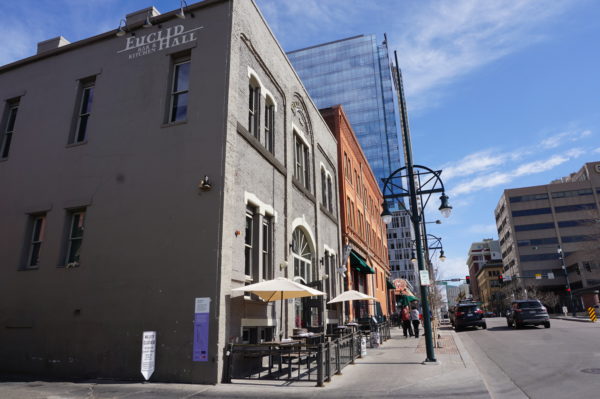 Food Halls: Several food halls had closed prior to Monday’s announcement. Broadway Market was closed as of Sunday. Stanley Market closed Sunday but said it would offer meals for pickup curbside starting Tuesday. Avanti Food and Beverage said Friday it was closing for three days of cleaning, then said Sunday it was closed until further notice.

Malls: Park Meadows mall changed its operating hours on Monday. The mall, which also postponed an Easter event, now operates between noon and 7 p.m. Monday through Saturday and from 11 a.m. to 6 p.m. on Sunday. Although Cherry Creek Shopping Center didn’t change its hours, the mall did announce the closure of its Children’s Play Area.

Permanent restaurant closure: Euclid Hall, which has operated at 1317 14th St. LoDo for 10 years, is closing permanently. It could open at another location in the future, according to 5280.

Ski resorts: Loveland Ski Area announced Monday it will not reopen for the season. Ski Sunlight, Monarch and Telluride also announced they will not reopen this season. The announcements come on the heels of Gov. Jared Polis over the weekend ordering all ski resorts to close downhill skiing for at least a week. Other resorts haven’t indicated whether they expect to reopen.

Grocery stores: Several chains have opted to temporarily cut hours. King Soopers stores are open from 7 a.m. to 8 p.m. Walmart locations that were previously open 24 hours scaled back Sunday to operate from 6 a.m. to 11 p.m. until further notice. Natural Grocers also will scale back operating from 8 a.m. to 7:35 p.m. 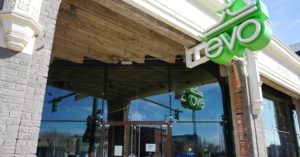 Evo will be closed until March 29, according to a sign on the door.

Fitness: CorePower Yoga temporarily closed its locations Monday, with plans to reopen March 30. In the meantime, CorePower will offer free online classes. The River Yoga announced Sunday plans to close its studios in Golden Triangle and Five Points until March 30.

Retail: Ski and snowboard shop Evo closed Sunday at 860 Broadway in the Golden Triangle, with plans to reopen March 29. 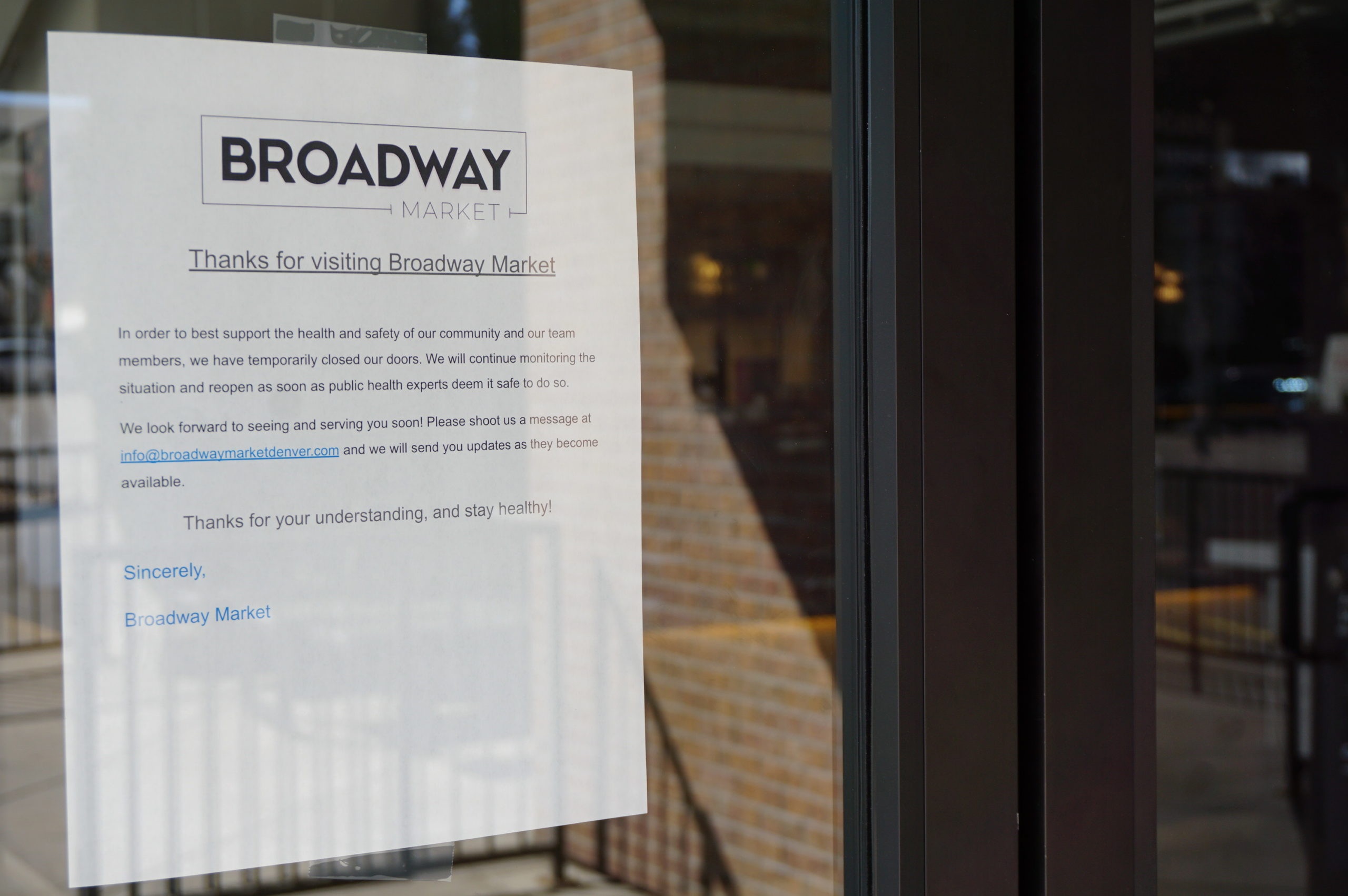 Broadway Market was closed as of Sunday. (Photos by Cassidy Ritter)