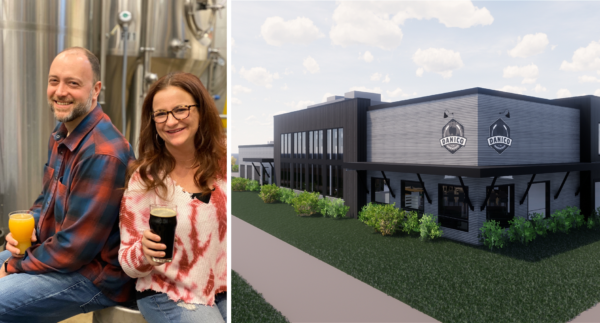 Veterans of a brewery giant plan to set up taps of their own in far northeast Denver.

Nikki Harwood and David Lotierzo, friends who met while employed by Anheuser-Busch, are working to open Danico Brewing Co. at the intersection of Tower Road and 66th Avenue, not far from Denver International Airport.

The pair are under contract to purchase a 1.5-acre lot and expect to close this summer. They submitted a site-development plan proposing a 6,400-square-foot brewery to the city in January, and hope to open in summer 2021.

Harwood, 39, and Lotierzo, 40, originally hoped to open a brewery in Castle Rock, but when they saw others open, they decided the market was becoming oversaturated.

“We started to try to find a place, which was very challenging because we had no intention of building,” Harwood said. “… And then it was actually a comment of a friend of ours that prompted us to look in Green Valley Ranch.” 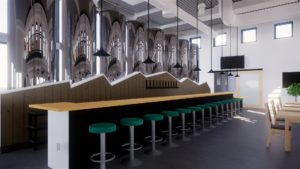 The brewery will have eight to 10 beers and root beer on tap.

Danico — which is a combination of David, Nikki and Colorado — will feature eight to 10 beers on tap, from bold barrel-aged porters to easy-drinking beer.

“We are leaning towards lots of fun ingredients,” Harwood said. “I am really into doing savory beers and tea beers. So, rosemary and jasmine and lavender. I think there’s kind of a realm out there that’s not been quite unlocked yet. And I think they pair very nicely with the aromas that come off the hop. … There’s not a particular style that we lean towards.”

Harwood said one important element at Danico is that the brewery will be family-friendly. While a lot of other breweries allow children, their typical high-top tables aren’t user-friendly. 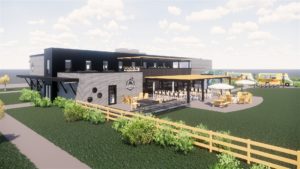 Danico Brewing Co. will have indoor and outdoor seating and rotating food trucks.

Danico will have a children’s play area, chalk wall and “little porthole doors” that allow kids to go in and out of the building, according to Harwood.

“My children have probably been to 80 breweries themselves; they know them, they love them,” she said. “They call them the ‘beeries.’ … We just wanted them to have something fun to experience as well.”

In the future, Harwood said she hopes to add a rooftop patio and potentially a packaging facility to the property.

Harwood said she worked at Anheuser-Busch for 15 years until 2018, and was a brewmaster at the company’s location in Fairfield, California. Lotierzo, who worked for the company for 10 years until 2017, was the global director of warehouse and safety.

The two met at the company’s Fort Collins location in 2007 and have been homebrewing together for years.

Harwood now works as director of engineering for a food manufacturer, while Lotierzo works as a consultant. They expect to work at Danico full time when the doors open.

Danico Brewing Co. will have eight to 10 beers and root beer on tap. Wine also will be served.