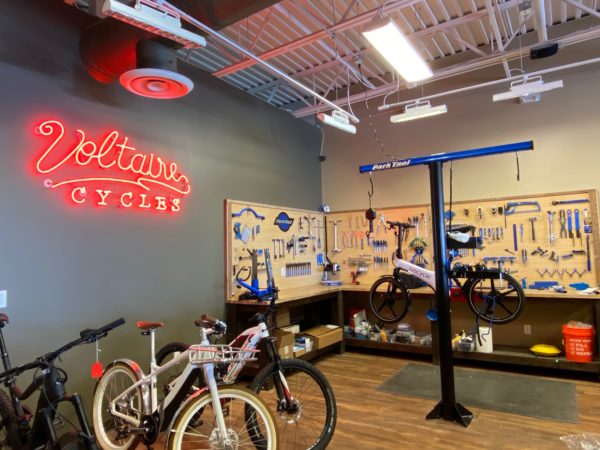 Electric bikes, scooters and skateboards have landed in Highlands Ranch.

Husband and wife Todd and Lori Logan opened Voltaire Cycles this month in a 2,240-square-foot site at 9579 S. University Blvd. in Highlands Ranch. 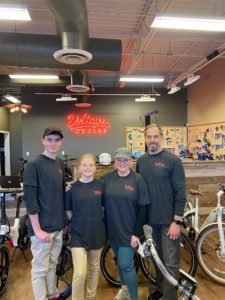 Franchisee owners Todd and Lori Logan with their children.

“We were looking to start a new business for the family … and started looking at things that we loved, and landed on bikes and coffee,” Lori said.

Although e-bikes can be found at some traditional bicycle shops, Voltaire Cycles sells them and other electric vehicles exclusively, along with replacement parts, gear and batteries.

It joins a handful of local e-bike-only shops selling multiple brands, including Best E-Bikes USA in The Shops at Northfield and E-Bike of Colorado in Louisville. Several e-bike brands also have local storefronts that sell only their models, including Pedego Electric Bikes in Centennial.

Voltaire Cycles was founded in 2014 and began franchising in 2017. Highlands Ranch is the company’s third location; the other two are in New Jersey.

Todd, who previously ran land development companies in North Carolina, will work at Voltaire Cycles full time. Lori has kept her day job in health care tech, and commutes from Highlands Ranch to her LoDo office on an e-bike. 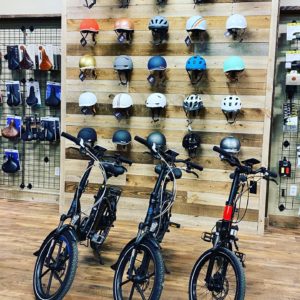 Voltaire Franchisees must have at least $100,000 in liquid capital to purchase equipment and inventory and to build out a storefront. Startup costs are between $125,000 and $270,000, according to the company’s website.

Lori said the couple will pay ongoing royalties and marketing fees to Voltaire Cycles. Their franchise agreement covers the Denver metro area, and they hope to open a second location in downtown Denver in one to two years. 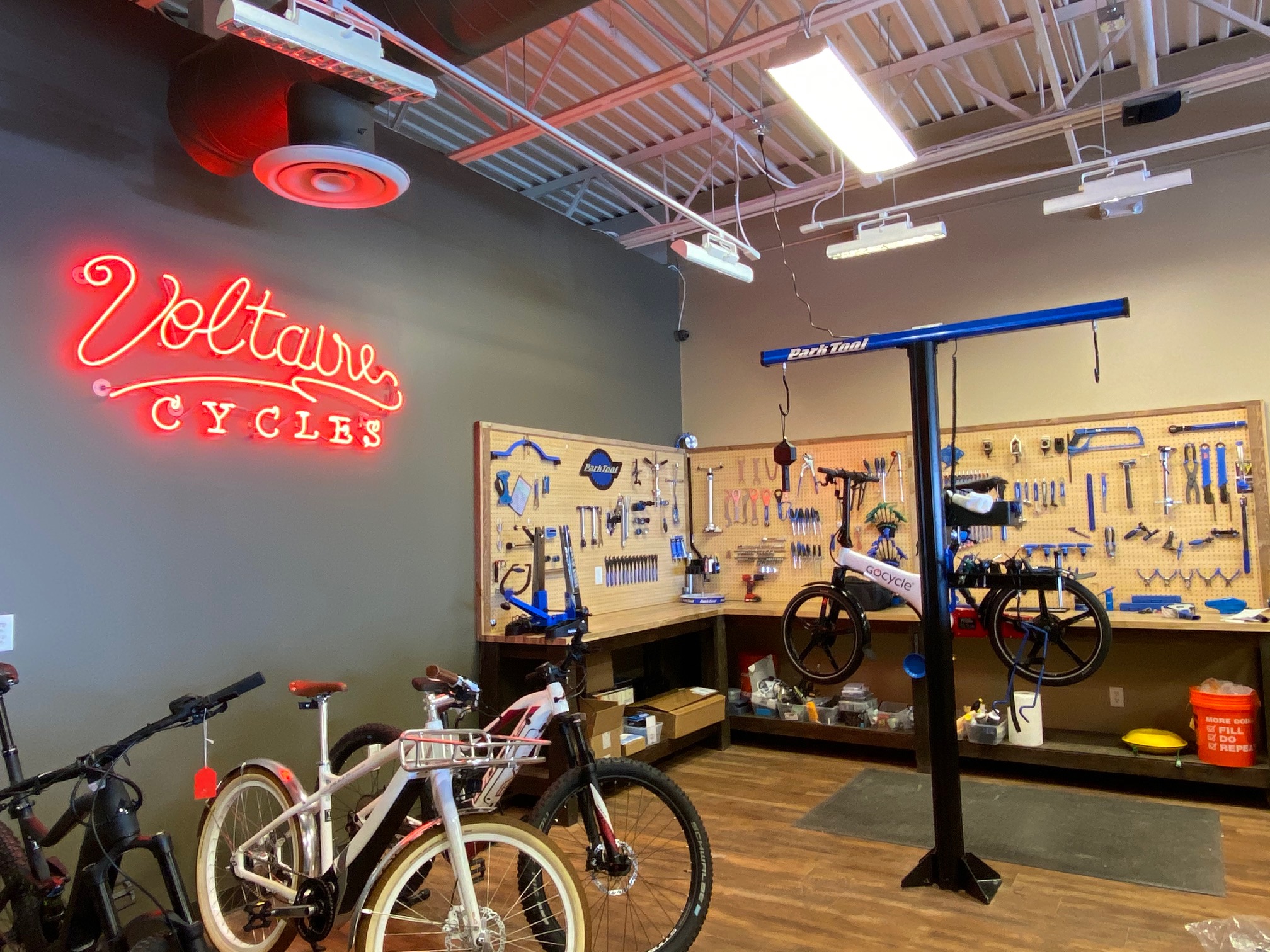 Voltaire Cycles sells multiple brands of e-bikes, as well as electric versions of scooters and skateboards.