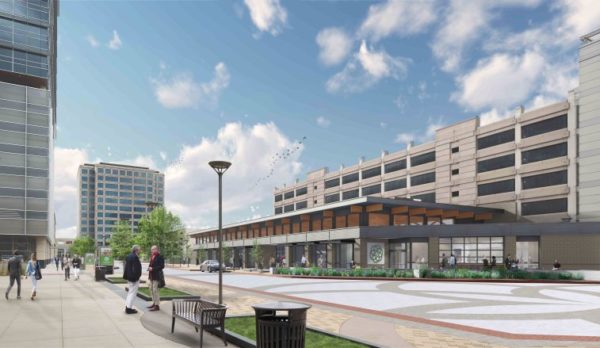 The latest food hall slated for Denver has announced its tenants.

The office-and-retail complex southeast of the I-25/Colorado Boulevard interchange is already home to Dave & Buster’s. BusinessDen reported last spring that the food hall was in the works.

+  Bird on a Wire Southern Chick’n, fried chicken sandwiches with sides such as mac & cheese and fried pickles

+ Lazo Empanadas, which has three locations in the Denver area

The tenants were announced by National Food Hall Solutions, a Texas-based company founded in 2018 that operates food halls.

Junction Food & Drink also will feature a 40-foot bar, and a Sonder Coffee & Tea stand, according to a press release. Between indoor and outdoor seating, Junction will be able to accommodate 400 guests.

Junction Food & Drink will be located within Colorado Center, the office-and-retail complex that is already home to Dave & Buster’s.