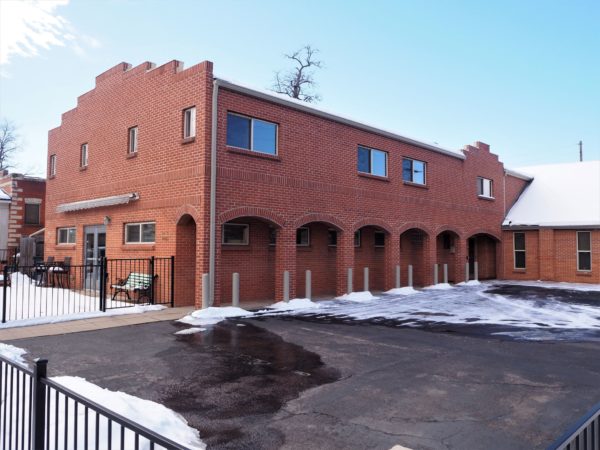 The building at 1001 S. Pearl St. in Denver was most recently home to Front Range Bible Church. (Thomas Gounley)

A tech executive has purchased a former church in West Wash Park.

Leon Farfel, acting as Farfel LLC, paid $1.23 million this month for 1001 S. Pearl St., according to public records. He is CEO of Toolcase, an IT services firm based in the Denver Tech Center.

Tanner Fanello of Fuller Real Estate represented the buyer. He said Farfel wants to repurpose the existing building, but otherwise doesn’t have a set plan.

Fanello, on Farfel’s behalf, is hunting for a creative office user interested in “a unique space in a really nice neighborhood,” but retail or restaurant use, or even apartments, are also possibilities.

“All of this is going to require a rezoning,” Fanello said.

Farfel purchased the building through a 1031 exchange after having sold 345 Santa Fe Drive in November.

The two-story building, which dates to the 1970s, is about 5,550 square feet, and incorporates a residence as well as the church component. The property was sold by two congregations, Christian Assembly and Front Range Bible Church.

Mark Van Ark of KW Commercial, who represented the sellers along with colleague Noah Van Ark, said Christian Assembly moved to Lakewood several years ago. Front Range Bible Church, which had been using the building in recent years, is merging with Englewood Bible Church, according to its website.

“They were hoping to keep it as a faith-based facility, but they realized that uses are changing,” Van Ark said of the sellers.

The building at 1001 S. Pearl St. in Denver was most recently home to Front Range Bible Church. (Thomas Gounley)

The buyer wants to repurpose the existing structure, but hasn’t nailed down a specific use.