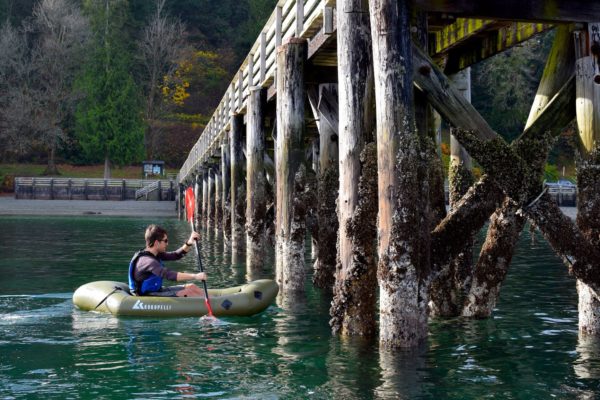 Kokopelli is dialing back the intense factor.

The Longmont-based packable raft manufacturer is launching a new model, the XPD, designed for a more low-key recreational crowd — think families going to the lake, or camping for a weekend.

“(Packrafting’s) kind of been largely underground for the last 15 to 20 years … and it’s kind of got this very hard-core image,” CEO Kelley Smith said. “Our company came into the market wanting to grow the sport and be more inclusive. Launching the XPD is the biggest step in bringing the sport of packrafting to the mainstream market with inclusiveness as the primary motive here.” 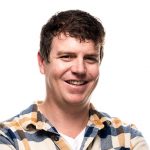 In the past, Kokopelli customers have been professionals taking multiday and multisport trips, according to Smith.

The XPD is a one-person raft that can fold down to fit inside a medium-sized duffel bag. When inflated, which takes three minutes, the raft is the size of a bathtub, Smith said.

Compared to Kokopelli’s other products on the market, the XPD is cheaper and slightly heavier, in part because Smith said it’s made from a different material, reinforced PVC.

Smith said most packrafts are five to 10 pounds and other rafts or kayaks are 20 to 50 pounds. The 13-pound XPD is designed to be a middle-of-the-road product.

“There’s this gap between packrafters and all other kayaks on the market,” Smith said. “It’s kind of a new space that was really untouched in the past. We’re really filling this void.”

Smith, along with co-founders Alan Cummings and Nick Rubino, grew up in Colorado and started Kokopelli in his garage in 2012. The company has sold more than 1,000 packrafts, according to Smith; its products can be found at REI and Sportsman’s Warehouse. 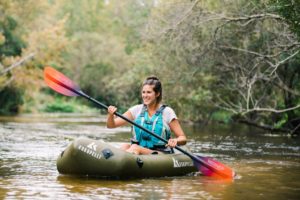 The XPD is a one-person raft that can fold down to fit inside a medium-sized duffel bag.

The company launched a Kickstarter campaign this week in hopes of raising $30,000 to manufacture the new model. As of Thursday afternoon, it had raised nearly $18,500.

Kokopelli is not new to crowdfunding campaigns. The company launched a successful Kickstarter campaign in 2018, bringing in $118,113. Later that year the company raised $1.1 million through a seed round. Smith said he expects the company to be profitable later this year.

The XPD can be purchased on Kickstarter for $649 and will retail for $749, according to a news release. Each raft includes a pump, two compression straps and a repair kit. Other Kokopelli packrafts range between $825 and $1,100.