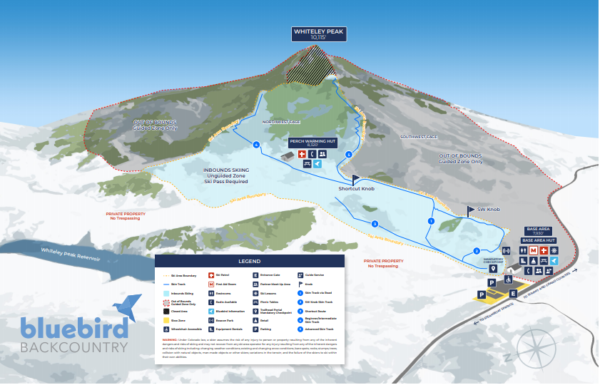 Two backcountry skiers and snowboarders are looking to open the sport to newbies — by charging for something that traditionally has been free.

Erik Lambert and Jeff Woodward will open a ski area called Bluebird Backcountry in mid-February at privately owned Peak Ranch, about 2 1/2 hours from Denver between Kremmling and Steamboat Springs.

The 1,500-acre ski area won’t have chairlifts, but instead will cater to the growing number of backcountry skiers who skin their way uphill. Approximately 300 acres of the property can be accessed without a guide; the remaining 1,200 acres require hiring a Bluebird guide. 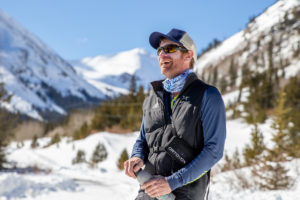 Erik Lambert is the cofounder and chief marketer of Bluebird. (Courtesy Bluebird Backcountry)

“Barriers to entry (for backcountry) are really high for people,” Lambert said. “And we’re trying to make that a little bit easier for people to find their way to something that we really love and want to share with the world. In addition to that, it’s just really fun.”

Lambert, a marketing professional, began skiing at age 1 and said he’s been backcountry skiing for nearly 20 years. Woodward, an avid snowboarder, discovered backcountry in college and has been participating in the sport ever since.

When teaching family about backcountry skiing, the duo realized it’s a hard sport to enter unless you have someone willing to teach you the ropes. The goal of the resort is to create a friendly, educational experience with amenities found at a traditional resort.

The resort will offer terrain for all abilities, although Bluebird describes the property as unimproved and said skiing “will be variable and adventurous more than manicured or groomed.” Portions of the mountain will be accessible only with a guide.

“We’re going to be providing basic amenities to folks and our business model is literally the exact same business model as a ski area would have,” Lambert said. “There is access to the mountain as a revenue. There’s lessons. There’s rentals. There’s retail, private lessons or a guide.”

Some ski resorts in Colorado allow users to skin uphill before and after operating hours, sometimes for a small fee. But backcountry skiers often find their powder in other areas, where there’s no charge for access.

Bluebird, meanwhile, will charge $50 for a day pass or $250 for the season. First-timers also will have the option to pay $190 for a day pass, lesson and rentals.

“Some (backcountry skiers) understand what we’re doing and some of them are still trying to figure out what Bluebird is and why they would go,” Lambert said. “People who had more backcountry experience were more inclined to benchmark their pricing off of zero dollars. Whereas people who did not have much backcountry experience were basing their pricing off of a resort experience. … They’re coming from an environment where skiing or going to a ski area is something that you pay for.”

Bluebird’s only employees are its co-founders; everyone else helping open the resort is a volunteer. Lambert said they hope to hire a few people, including patrollers and guides, before opening.

The duo launched a Kickstarter campaign Monday to help offset the costs of opening, including leasing the land. As of Thursday afternoon, the campaign, which ends Feb. 5, had raised approximately $70,000, exceeding its goal of $25,000.

“We want to make sure that we’re preserving a great experience for our guests,” he said. “So part of capping numbers is to make sure that it’s not crowded. A big part of what people are looking for is an escape from the resort scene.”

Backcountry skiing has traditionally been free. But the founders of Bluebird Backcountry see both a business and a way to introduce people to the sport.