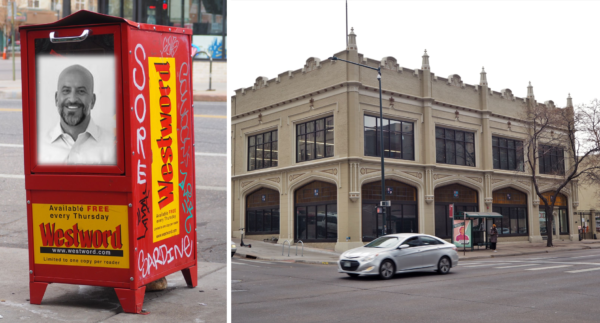 Denver’s alt-weekly is on the move for the first time in 20 years.

Westword, which has had its office at 969 Broadway in the Golden Triangle since late 1999 or early 2000, will relocate a few blocks north later this year to the Dodge Building at 1278 Lincoln St.

Westword’s parent company Voice Media Group, which also owns a handful of alt-weeklies in other cities, and the company’s digital agency V Digital Services also will make the move — about 60 to 75 employees in all. 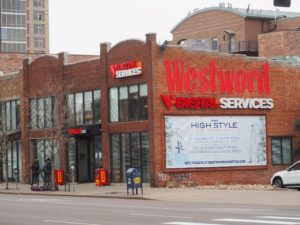 Alt-weekly Westword has operated at 969 Broadway for 20 years. (Thomas Gounley)

Tobias said the owner of 969 Broadway wanted to do something different with the building, prompting the search for a new home.

The property is owned by an LLC associated with Bruce Berger, who owns several parcels in the immediate area. He could not be reached for comment Wednesday.

The 27,513-square-foot Dodge Building is owned by the Colorado State Land Board, which purchased it in the mid-1990s through a land exchange with the Western Farm Bureau. The exchange involved multiple blocks between 12th and 13th streets, and Sherman Street and Broadway, according to board spokeswoman Kristin Kemp. 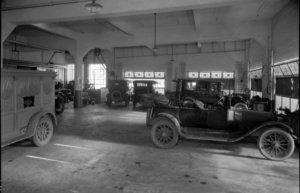 The building was initially home to a Dodge Brothers car dealership. (Courtesy Colorado State Land Board)

The building, which dates to the 1920s, initially was home to a Dodge Brothers car dealership, Kemp said. From 1993 to 2014, the building was home to the Colorado Ballet. The state renovated the building in 2015, with a focus on restoration.

Westword and its two affiliates are taking the first floor of the building, approximately 11,000 square feet. The second floor has been leased since 2017 to Solidifi, which specializes in real estate appraisals, settlements and titles for mortgage lenders.

Westword and its affiliates will move out of their current home in mid-February, decamping to coworking space Grid Collaborative Workspace at 445 Broadway while their Dodge Building space is built out. Neoera is the project architect.

Tobias said the hope is to move into their permanent space by mid-April.

“The lighting in there, the energy in that building is just amazing,” Tobias said of the Dodge Building. “When we first walked in there, we knew that’s where we wanted to be. … It’s just a new chapter for us.”

Ryan Arnold and Natalie Greer with Tributary Real Estate represented Westword and Voice in lease negotiations. Andy Wilson and Jaime Roupp with JLL marketed the property on behalf of the landlord.

Correction: The address of Westword’s future home has been corrected.