While nothing about it advertises the fact, it’s also a testing ground for a startup based in the building next door.

“When we decided to do Platte Street Mercantile it became a lab for … our price, our products,” said Janine Williams, founder of Denver-based Impulsify. “It’s a completely self-service store (which) puts our design to the test.”

Impulsify is a software company focused on grab-and-go retail markets. Williams founded the business in 2013, and began testing its product in Hilton hotels in 2014. The company has no outside investors and is self-funded.

“We specialize in helping non-retailers do well at retail,” Janine said. “So non-retailers like a hotel, an apartment building, gyms.”

Platte Street Mercantile, which opened Dec. 7 at 1620 Platte St., is the first convenience store that Impulsify itself operates. Williams and Tammy Williams (no relation), Impulsify’s vice president of retail design, own the store. It showcases one of the company’s two products, a self-service kiosk called Shop Pop. 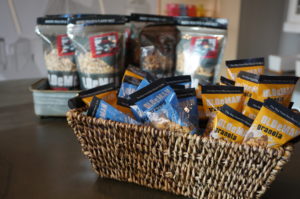 Customers check themselves out; the store’s one employee is on hand to stock inventory.

Impulsify’s main offices are next door at 1644 Platte St., within Galvanize coworking. The company’s software can be found in nearly 900 hotels, and has handled more than 12 million retail transactions. Janine said the company’s software will be in 1,000 hotels by the end of the first quarter and 1,700 by year end.

Through the retail store, Janine said she and her staff have a better understanding of what their clients go through, including entering inventory and providing discounts. Janine said originally the software didn’t have a way to discount items. Impulsify is working with a developer to overcome this challenge. 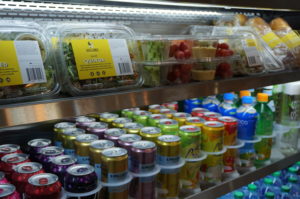 Denver-based startup Impulsify opened Platte Street Mercantile as a lab for the company to test its products. (Cassidy Ritter)

Platte Street Mercantile also allows Impulsify to test new products, and train clients and staff. For example, an executive at Denver-based Stonebridge Cos., which operates Hilton, Hyatt and Marriott hotels, visited the retail store to learn more about the technology and see what improvements could be made at Stonebridge hotels.

Correction: This story has been updated to clarify Tammy Williams’ role with Impulsify and Platte Street Mercantile.

Impulsify specializes “in helping non-retailers do well at retail.” It opened Platte Street Mercantile in December.