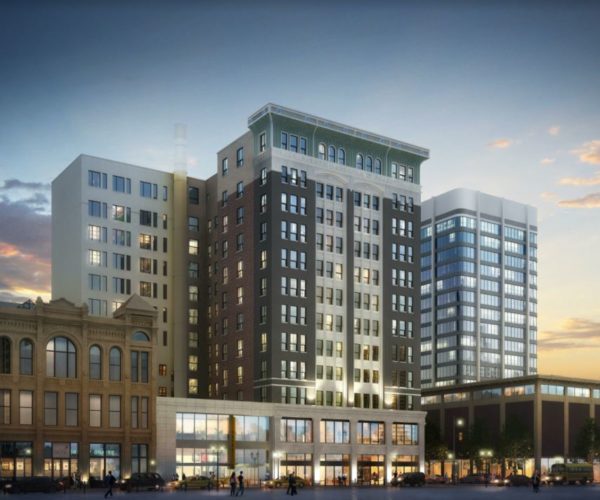 A rendering of the proposed hotel showing an addition to the structure to the left of the pencil smokestack. (Public Records)

A 12-story building along the 16th Street Mall could be turned into a hotel.

A concept plan submitted to the city in December proposed the conversion of the University Building at 910 16th St. into an Arlo hotel. 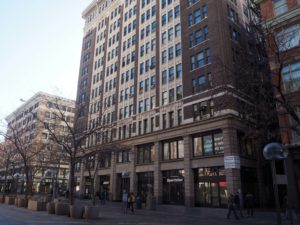 The University Building is located along the 16th Street Mall. (Thomas Gounley)

Concept plans are an early-stage development proposal, the precursor to a more detailed site-development plan.

The hotel would have 209 rooms based on its current footprint. The plans show an addition at the rear of the building is being considered, which would boost the hotel to 245 rooms.

The University Building dates to approximately 1910. In addition to traditional office tenants, its upper floors are also home to a number of retail jewelry shops, including Jay Feder Jewelers, Musselman Jewelers and Denver Diamonds & Jewelry.

The plans show the entirety of the building converted into a hotel, with the exception of the ground-floor retail units, currently home to Modern Market Eatery and retailer Sportsfan. 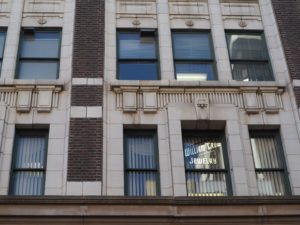 The plans obtained by BusinessDen bear the name of Quadrum Global, which bills itself as a value-add real estate investor and developer. The firm, which lists the existing Arlo hotels in its online portfolio, did not respond to requests for comment. 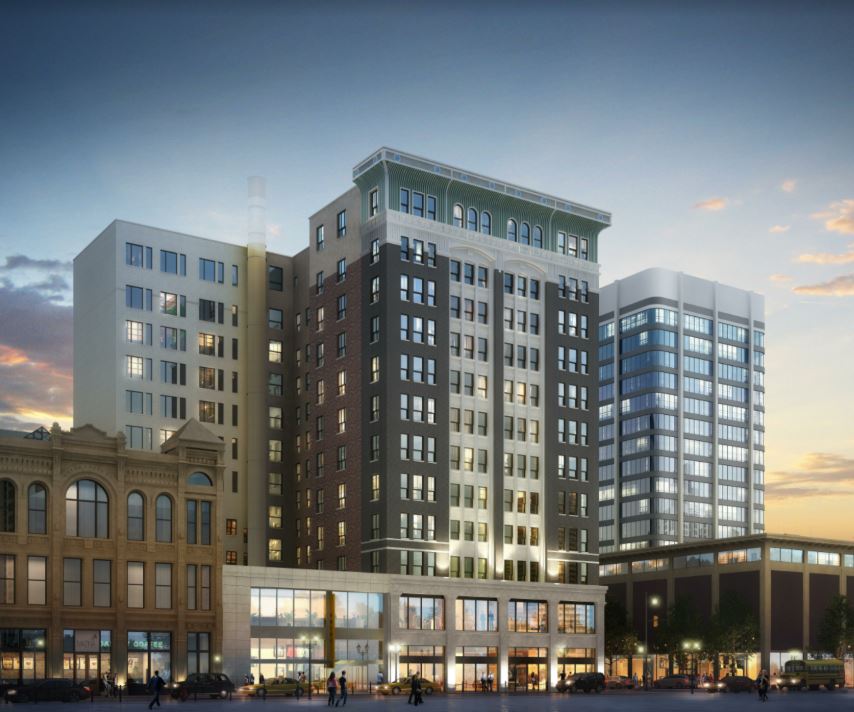 A rendering of the proposed hotel showing an addition to the structure to the left of the pencil smokestack. (Public Records)

In addition to traditional office tenants, the University Building’s upper floors are also home to a number of retail jewelry shops.