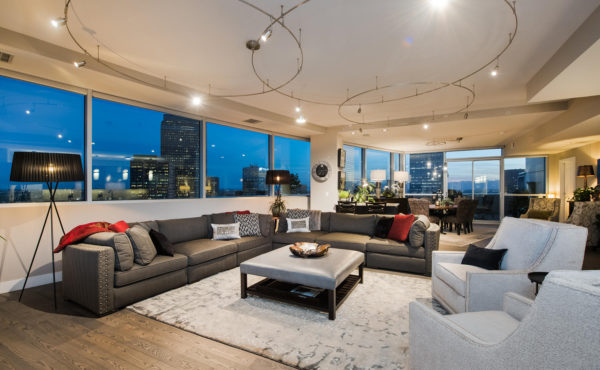 A 2,726-square-foot unit on the 28th floor of One Lincoln Park is listed for $1.8 million. Photo used with permission from Liv Sotheby’s.

The 2,726-square-foot unit features two bedrooms, 2 1/2 bathrooms, a large kitchen and an 800-square-foot terrace. It listed Dec. 31, and showings are slated to begin Friday.

“The terrace is a pretty extraordinary feature compared to other penthouses and condominiums in downtown,” said listing agent Robin Lake with LIV Sotheby’s International Realty. 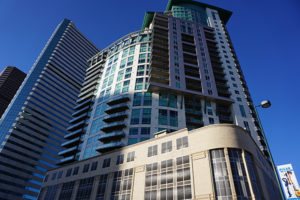 The current owners, Thomas and Peggy Sowash, purchased the unit in September 2016 for $1.4 million, according to public records.

“That additional 799-square-foot unit is a large one bedroom (and) could be used as nanny quarters, guest suite, office or (boomerang) apartment,” Lake said.

This unit underwent a $150,000 remodel in 2014 or 2015, according to Lake. Improvements include new wood floors, carpeting, countertops and blinds in addition to a bar and built-in office space.

The master bathroom includes a large closet, spa-like bath and doorless shower. The sizable kitchen has a five-person island, high-end appliances and walk-in pantry. A walk-in laundry or storage room and private office is also found in the unit.

Thomas Sowash is the president of Sowash Optometry Group, according to his LinkedIn profile. The optometry business has 18 locations in Colorado. 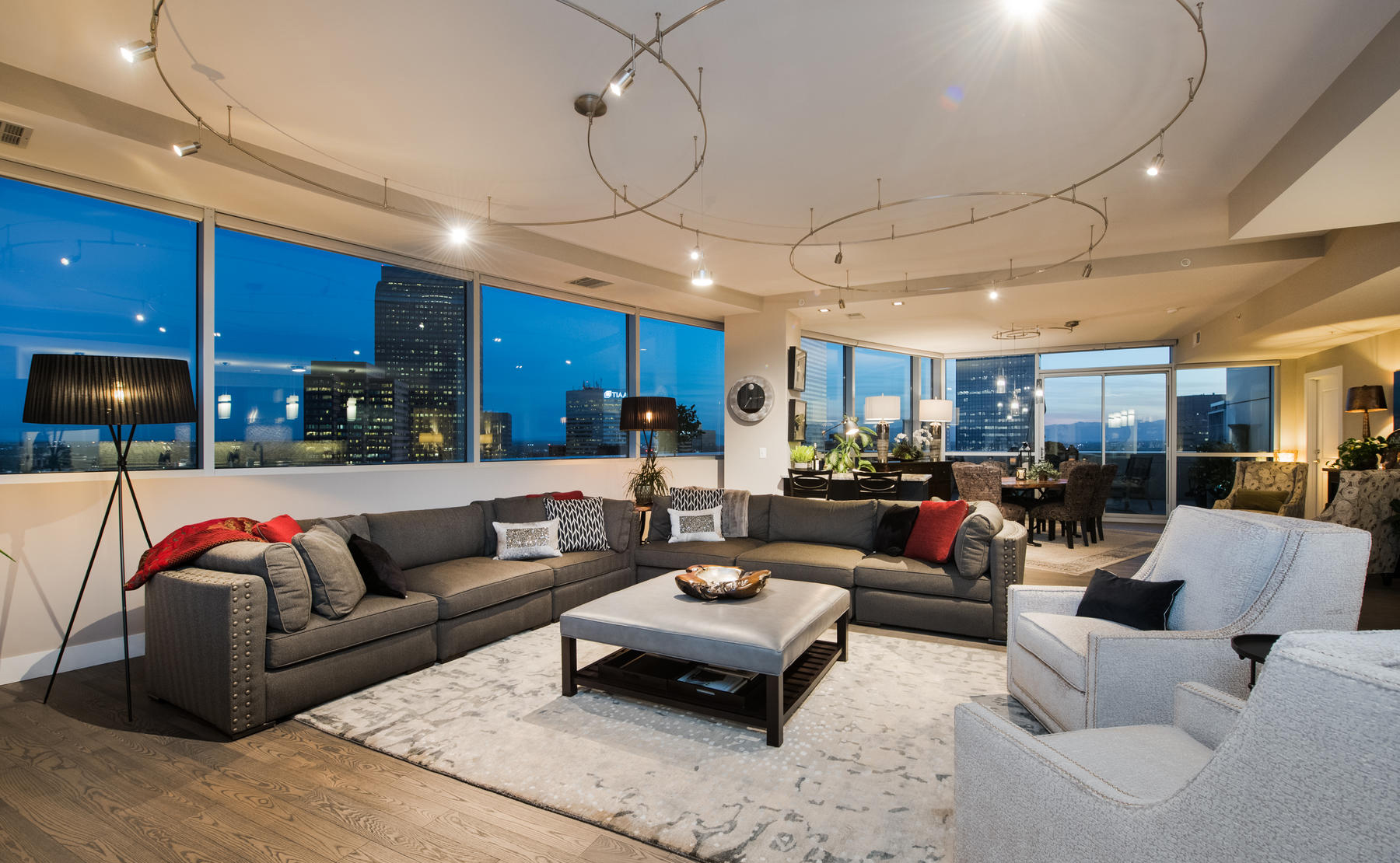 A 2,726-square-foot unit on the 28th floor of One Lincoln Park is listed for $1.8 million. Photo used with permission from Liv Sotheby’s.