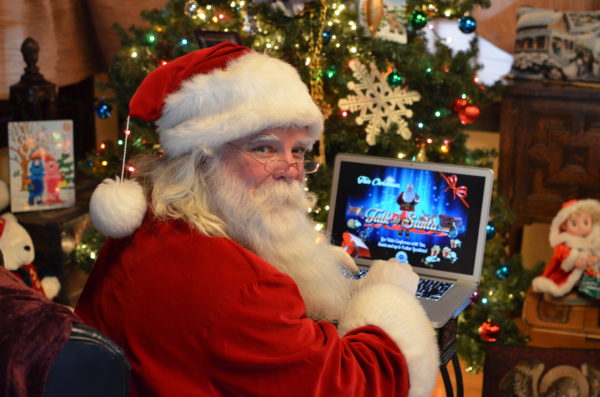 Santa Claus is coming to town — but does he really need to?

A Lakewood-based startup is in its sixth Christmas season of offering customers a prerecorded video message from, or a live video call with, Saint Nick himself.

“We had about 80 Santas that first year and now we have about 300 in network,” said John LoPorto, CEO and director of elves at Talk to Santa.

The company charges $19.95 for a personalized, pre-recorded video. Live video calls start at $24.95 and can have up to five people on the video. Most videos are eight to 10 minutes, LoPorto said. 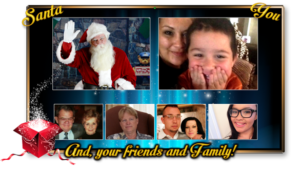 Talk to Santa began with 80 Santas and now works with 300.

“The quality of the chat is really up to the parents or grandparents, whoever sign the kid up, because the more information they give us the better,” he said. “We’ve had some of these guys go for 30 minutes. The kids just want to sing along with Santa or tell Santa every bit of minutia about their lives. … The Santas do this because they love it.”

Between 7,000 and10,000 people have used Talk to Santa worldwide, according to LoPorto.

LoPorto, who recently retired as CEO at SunTechDrive in Boulder, said he founded the company in 2014 with Paul Olson, now chief financial officer and elf wrangler, and Mike Trahan, who serves as chief technology support and reindeer herder.

The three funded the company, although LoPorto said he considers it more of a donation, as Talk to Santa is not profitable.

The goal was to raise money for Toys for Tots. Talk to Santa donates 10 percent of its gross revenue to the organization, according to the company’s website.

“It was a good karma project. … All three of us have always had regular jobs as well. It’s just a fun seasonal distraction,” LoPorto said.

Initially, LoPorto said, he and his co-founders didn’t know where to find a good Santa when the company began. They quickly partnered with Professional Santa Claus School of Denver to fill that void.

The school educates and trains people to be Santa and Mrs. Claus. In the last few years, the school has added training specifically for video calls, according to LoPorto.

Talk to Santa plans to improve its presence on mobile next year. Currently, customers can book a call with Santa on their phone; the video is designed to be viewed in a browser on a computer.

“We’ve talked about doing some other business spinoff from this over the years, but we haven’t,” LoPorto said. “We’ve stayed focused on Santa.”