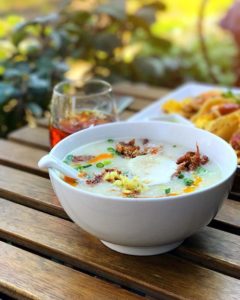 But the owners of City Park West brunch spot Onefold just signed a lease for a second location, which will be three times the size of their first eatery.

“We’ve just outgrown this space and we didn’t anticipate it,” Terese said of the existing 1,000-square-foot restaurant, at 1420 E. 18th Ave.

The second location will be 2,895 square feet and is slated for 1919 Wewatta St., on the ground floor of The Pullman, a new apartment complex developed by Greystar that is expected to welcome its first residents early next year. Rents for the 168 units start at $2,785 per month.

Mark said the new location will have approximately 100 seats, compared to 40 seats at the 18th Avenue location, which opened in February 2015.

The menu will be the same. Onefold serves up family recipes, including bacon fried rice, breakfast burritos and congee — a rice porridge with a poached egg, tamari soy sauce and chili oil.

“The bacon fried rice, that’s what my family (and) my dad would make growing up as a kid,” Mark said. “And then the congee … that was more on my wife’s side.” 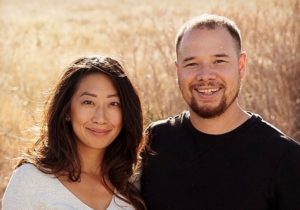 The Nerys signed a 10-year lease at The Pullman, and said they will pay about $10,000 per month as part of a triple net lease, where in addition to rent, tenants pay expenses associated with the property, such as property taxes and maintenance.

Onefold was a bit of an accident, the Nerys said.

The building on 18th Avenue was purchased by family friends, who asked Terese for help designing the space, since she worked as an architect. After brainstorming a design, the owners suggested the Nerys open a business of their own.

“We initially started to be a coffee shop with breakfast burritos and it turned into more of a restaurant,” Mark said. “We didn’t really plan it. We just did it as a side project.”

Onefold has two years remaining on its lease in City Park West, with a seven-year option. Mark said they pay $2,000 a month there as part of a triple net lease.

The restaurant, which currently operates in City Park West, is the first retail tenant to sign on to space at new apartment building The Pullman.