Alex Staneski is vice president of leasing and acquisitions in the Longmont. He had been with Broad Street Realty.

Danaria McCoy has been promoted to vice president of operations and marketing.

Ross Carpenter has been promoted to director of leasing.

Renatta Banning has been promoted to property and marketing manager. 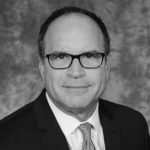 Joe Serieno has been appointed principal. He had been with CBRE.

Chad Alexander is a senior associate.

Bill Gambler, former president and CEO and co-founder, will continue to serve on the board of directors.

Ingrid Johnson has been promoted to president and chief executive officer for the Colorado Center for Nursing Excellence. She had been senior director of operations and policy. 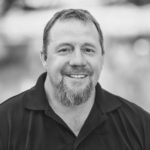 Dylan Loch has joined Vesta as a project manager. He had been with Executive Construction and is a graduate of University of Illinois.

Bob Lee has joined the board of commissioners for the Denver Urban Renewal Authority. 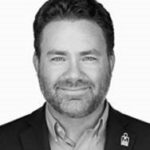 Scott Dishong has joined Make-A-Wish Colorado as chief executive office. He had been with the Mountain States region of the American Cancer Society.

Amanda Davis has joined Ruggles Mabe Studio as a design associate. She had been witbh Jamie Bush + Co. and is a graduate of the Fashion Institute of Design and Merchandising in Los Angeles.

Sam Swensson has joined Heinrich Marketing as design director. She had been with Integer Group

Bijal Choksi has joined HuWork as a partner. She has degrees from Columbia University and the University of Pennsylvania.

Stacey Pool has been named chief marketing officer for Noodles & Company, effective Dec. 30. She had been with Vail Resorts Inc.

Randie Mallory is general manager of the Residence Inn by Marriott – Denver/Cherry Creek.

A packed Herd this week with plenty of moves in real estate, healthcare and more.