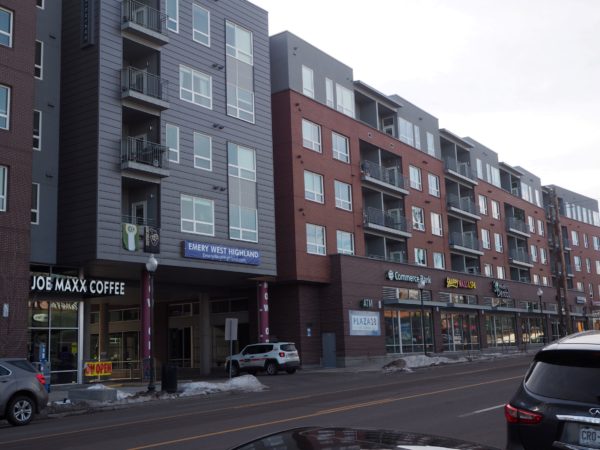 An apartment complex along 38th Avenue in West Highland has sold.

The deal did not include the building’s ground-floor retail space.

The five-story project, which has been renamed Emery West Highland, has 322 units, making the deal worth $356,366 a unit. Units range from 542-square-foot studios to 1,305-square-foot two-bedroom units. 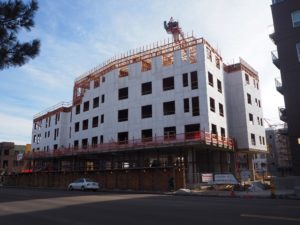 Trammell Crow Residential is currently building another complex next door to the one that sold.

The complex was sold by Dallas-based Trammell Crow Residential, which developed the project. It purchased the land in 2015 for approximately $11.3 million, records show.

The building’s retail space, home to tenants that include Rush Cycle and Commerce Bank, continues to be owned by Gene Lucero’s Sonrisa Holding LLC, which purchased the space from Trammell Crow after the project was built. Lucero previously sold much of the land for the complex to Trammell Crow.

Trammell Crow is currently building another five-story complex immediately next to the one that just sold. It will be dubbed Alexan Julian, according to the company’s website.

The deal didn’t include the project’s retail space. The Dallas-based company is currently building another complex next to it.