Noble did not respond to a request for comment.

The records associated with the real estate transfer show the sale price was at least $86.6 million, or $287,755 a room, for the 302-unit property. Hotel sales typically involve a personal property component that isn’t always reflected in the figure that appears in public records.

Carey Watermark Investors Inc., which purchased the hotel in June 2014 for $81.5 million, sold the property, records show. The firm still owns the 403-room Embassy Suites at 1420 Stout St., which it bought in 2015.

It’s the second downtown hotel for Noble, which paid $92 million late last year for the Residence Inn at 1725 Champa St.

The 12-story dual-brand hotel at 550 15th St. was developed by Denver-based hotelier Stonebridge Cos. out of a former Xcel Energy office building, which the hotelier bought in 2011 for $9.4 million.

Additional dual-brand hotels have since come online in Denver. The most recent, a Tru by Hilton/Home2 Suites at 801 15th St., opened last month and also was developed by Stonebridge. 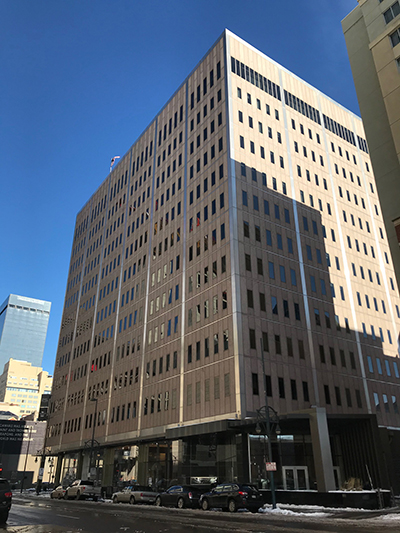 The property was developed by hotelier Stonebridge out of a former Xcel Energy office building.