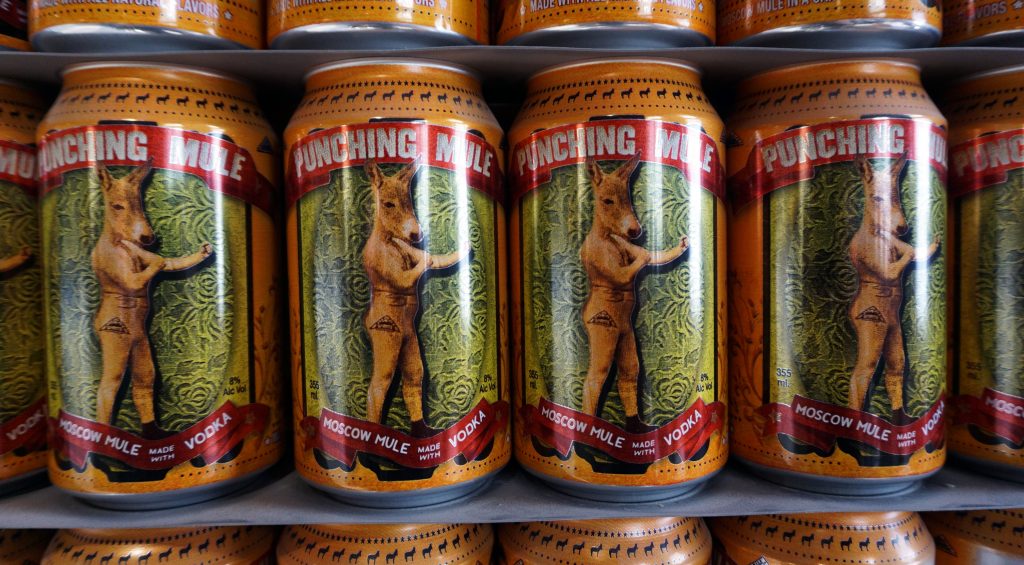 Punching Mule makes canned Moscow Mules that can be purchased at liquor stores in Colorado and 14 other states. (BizDen file photo)

A canned cocktail company is facing a lawsuit from an investor, who is also the former father-in-law of one of the founders.

Investor Larry Homuth sued Denver-based Punching Mule and its founders, saying the company has lost approximately $963,000 in the past three years, and alleging financial information was withheld and that the founders intentionally and negligently misrepresented the business.

Homuth said he invested $233,000 in the company in early 2015, nearly a year after his daughter and Campbell filed for divorce. Homuth is now seeking all company records previously requested, formal accounting by Punching Mule and payment for all costs and attorney fees.

“It would not have come to this point if the principals in Punching Mule … would just be forthcoming with information and allow all of us that invested to become informed investors,” Homuth told BusinessDen. “They’ve kept us in the dark and they have just refused to release information that we’re actually entitled to. … That’s why I filed a lawsuit.”

Punching Mules, made from ginger beer and Mile High Spirits vodka, are 7% alcohol. They can be purchased in 15 states including Colorado, according to the company’s website.

Investor Homuth claims in the lawsuit that Punching Mule has repeatedly failed to hit projected profit figures on an annual basis, and that for three years, the company’s founders said things were about to turn the corner.

Also, in 2017, von Feldt told Homuth the company would be sold in the next two years for “upwards of $10 million,” according to the lawsuit.

By February 2018, Punching Mule was $3.2 million below the projected profit shared with investors in the prospectus, according to the lawsuit.

SEC filings from September 2015 show Punching Mule raised $919,996 with nine investors. Homuth’s attorney Heather Marx, of The Marx Law Office in Denver, said most of the investors are related to or friends with the founders of Punching Mule.

“I think that could be part of the reason why people have been remiss not to do something about it,” Marx said.

The lawsuit states Punching Mule’s tone changed earlier this year, when Campbell sent an email to investors saying the market had changed, and predicting “doom and gloom.”

Homuth expressed his concern and requested a meeting with all investors to decide how to move forward, according to the lawsuit. During the investor meeting, a 2018 profit-and-loss report was not disclosed. Instead, a company representative said Punching Mule will move forward as is and predicted a monthly profit of at least $30,000 throughout 2019.

“My client invested most of his, if not all of his retirement funds, in this company,” Marx said. “(Homuth) was assured that the return would be substantial. And obviously that didn’t happen and isn’t happening.”

Punching Mule makes canned Moscow Mules that can be purchased at liquor stores in Colorado and 14 other states. (BizDen file photo)

The lawsuit against Denver-based Punching Mule was filed by a former father-in-law of one of the founders.