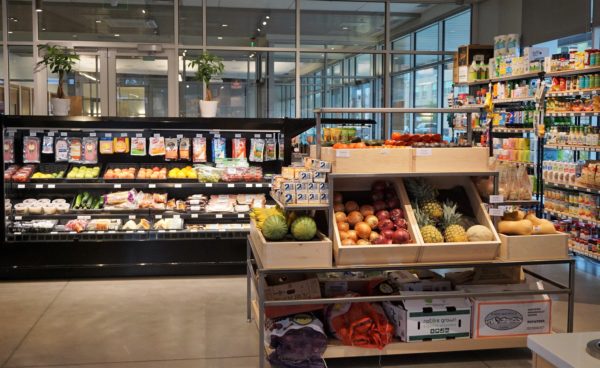 A convenience store priding itself on fresh and local options is expanding to a new location.

Choice Market, which has two locations downtown and in Lincoln Park, is taking space on the ground floor of Parq on Speer, the apartment building nearing completion at 909 Bannock St. in the Golden Triangle.

“We’ve spent a lot of time, almost two years-plus, with the first location kind of figuring out what works and what doesn’t and I think we have a pretty good idea of … the model we want to move forward with,” CEO and founder Mike Fogarty said.

The 4,300-square-foot location is the first retail tenant to be named for the 16-story Parq on Speer, and is taking about a third of its 12,000 retail square feet.

“We’re going to have a larger grocery selection,” Fogarty told BusinessDen. “There’s gonna be a full-service cafe in partnership with Method Coffee Roasters. It is going to be a slightly different format … but it fits the needs of the neighborhood given that it’s heavy residential.” 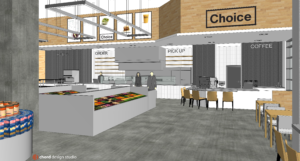 Parq on Speer is slated for completion next month. Choice expects to open in the third quarter of 2020.

Choice also has another location in the works at 2200 E. Colfax Ave. That location is expected to open in April, according to Fogarty.

Fogarty said he also is looking to open locations in Aurora and Boulder in the near future.

“We’re executing against the business plan we’ve kind of always had, and we want to grow here in the Denver area metro (and) Front Range first and then hopefully, if all goes well, look to some other markets,” Fogarty said.

Rents at Parq on Speer start at $1,710 a month. Amenities for residents include valet parking, a sky lounge, microbrew taps, a dog park and grooming spa, a fitness center and a catering kitchen.