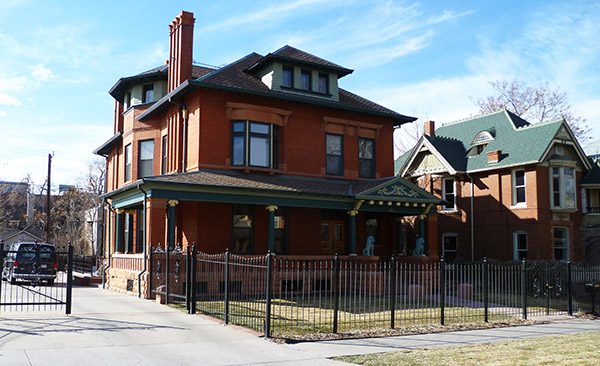 The Milheim House is listed on the market for $2.5 million.

A 126-year-old mansion relocated from Capitol Hill to City Park West in 1989 is up for grabs.

The Milheim House, now at 1515 Race St., was built in 1893 at the southwest corner of 14th and Pennsylvania streets. Its first owners were John and Mary Milheim, who opened Denver’s first bakery. https://www.westword.com/arts/lighthouse-writers-will-move-into-the-historic-milheim-house-which-has-its-own-tale-to-tell-5779879

In the 1980s, the home was purchased by an oil company, which invested $200,000 in restoration. After the company outgrew the space, the building was sold to Colorado State Employees Credit Union, now known as Credit Union of Colorado, according to Denver Public Library records. The credit union, which still operates at an adjacent property, attempted to demolish the home but was thwarted when city officials designated it a landmark. The credit union offered $40,000 to any buyer who would move the house; Ralph Heronema and James Alleman took the offer and did so in 1989. 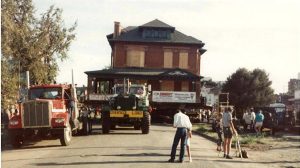 Trees were trimmed, traffic signals were temporarily relocated and power lines were buried to make relocation feasible, according to Denver Public Library records. The move took three semis and two days, according to Historic Denver.

The mansion has been used since 2011 as office and classroom space for Lighthouse Writers Workshop. The property is zoned for both residential and office use.

The home first listed in April as a commercial property but was listed as a residential property on Oct. 21. It sits within the Wyman Historic District in City Park West.

Lighthouse Writers Workshop’s lease at 1515 Race St. will end August 2021. Executive Director Mike Henry told BusinessDen the company is looking to build a new facility but would not disclose a location.

The finer things: The mansion features high ceilings and natural light with original woodwork and three fireplaces. The property also includes a fenced parking lot with 15 spaces and an ADA-compliant ramp at the entry of the home.

Seller: Entities associated with James Alleman and Ralph Heronema have owned the property since at least 1989.

The Milheim House is listed on the market for $2.5 million.