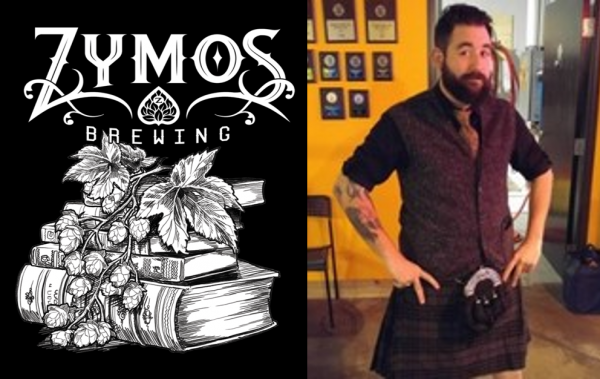 Westminster residents soon will have another brewery in the neighborhood.

Zymos Brewing – the first word comes from the Greek word Zymology, which means the study of fermentation — signed a 10-year lease this month for 4,232 square feet at 7691 W. 88th Ave.

“We want this to be a place where people can gather and not just drink beers but meet with friends, have business meetings, play games,” co-owner Alex Tift said.

Head brewer James Coulter comes to Zymos from Wheat Ridge’s Colorado Plus Brew Pub, where he worked as head brewer for three years. There, he won awards that included gold at the All Colorado Beer Festival in 2017.

Zymos will offer 13 taps ranging from IPAs and lagers to a nitro brew and non-alcoholic ginger ale, Coulter said. It also will produce a Nordic-style ale featuring orange and citric flavors.

As a five-barrel brew house, the brewery has the capacity to produce 350 barrels of beer, Tift said. The brewery doesn’t plan to distribute.

Tift will run day-to-day operations. Her husband Tyler and Coulter also have ownership stakes. The brewery is being launched with the Tifts’ personal funds and a small business loan through Wells Fargo.

Zymos’ owners said they hope to begin renovations in December or January, and open in late March or early April. Zymos will be joining at least six other breweries in Westminster, including Westminster Brewing Co., Frolic Brewing Co. and C.B. & Potts.

Zymos Brewing’s name refers to the Greek word for the study of fermentation.