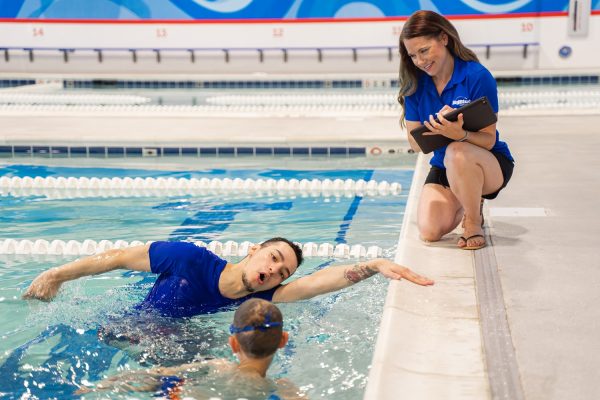 Another swim school hopes to make a splash locally.

Colorado franchisee co-owner Erik Skaalerud, who previously owned area Orangetheory gyms, told BusinessDen he and his wife plan to open five Big Blue Swim School locations, the first of which will be in Centennial. 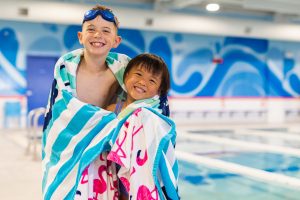 The company currently has five locations in and around Chicago. Scott Thompson, chief development officer for Big Blue and Atlanta-based Level 5 Capital Partners — a private equity firm that owns a majority of Big Blue — said the company anticipates opening 150 franchise locations by 2021.

The planned Centennial location will open in a portion of a former Safeway that has sat empty for two years at 20153 E. Smoky Hill Road.

“This is where we felt we could make the biggest impact,” Erik Skaalerud said. “It is literally one of the highest populations of little kids.”

“The rooftops in that area have taken off,” said Erik’s wife and business partner Wendy Skaalerud, commenting on Centennial’s growth.

Renovations on the 10,000-square-foot space are expected to begin in January, and a July opening is forecasted. The facility will have one pool with 13 lanes.

The Skaaleruds started Denver-based financial firm Capital Lending Solutions in 2004. As franchisees for Orangetheory Fitness, they grew the company’s local presence to 30 locations before selling that business in August 2018. 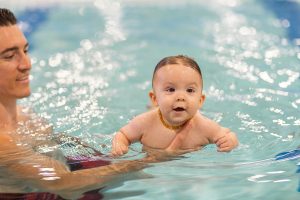 Big Blue teaches children based on distance-based swimming methodology, according to the company. Thompson said the company also offers an app for parents to monitor their child’s progress, make payments, and schedule and modify lessons.

The company said on its website that franchisees should expect to invest at least $1.8 million.

Erik and Wendy Skaalerud sold their gyms in 2018. Now they want to introduce Denver to Big Blue Swim School.