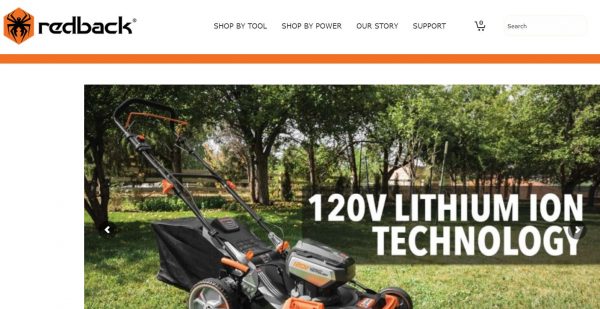 A screenshot of the website for lawn care equipment manufacturer Redback, one of the brands owned by Westminster-based Frictionless World.

A Westminster-based manufacturer of tools and power equipment ranging from lawn mowers to drills used by ice fishermen has filed for Chapter 11 bankruptcy.

Frictionless World said in a Sept. 30 filing that the company has $14.6 million in assets, including $6.4 million in inventory and $4.54 million in cash on hand. The company said it has liabilities totaling $17.36 million, although it disputes many of the claims.

The bulk of the claims against the company — one of which is for $12.64 million — are made by creditors with Chinese mailing addresses, and are disputed by the company. Frictionless World said in the filing that it is in the middle of an arbitration dispute with several Chinese entities that concerns breach of contract and fraud.

Attorney David Wadsworth of Wadsworth Garber Warner Conrardy is representing the company in the bankruptcy proceedings.

Banjo and Wadsworth did not respond to separate requests for comment.

A screenshot of the website for lawn care equipment manufacturer Redback, one of the brands owned by Westminster-based Frictionless World.

Westminster-based Frictionless is the parent company of brands that include Redback lawn care equipment and RanchEx ranching equipment.