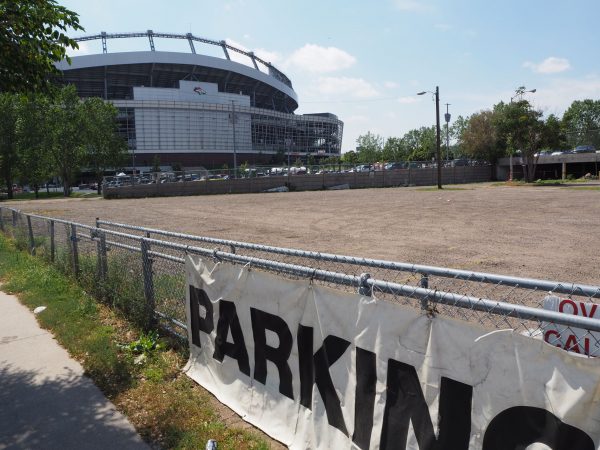 A developer wants to build a 12-story apartment complex on the parking lot at 550 W. 19th Ave., just north of where the Broncos play. (Photos by Thomas Gounley)

The 1.65-acre site, currently a gravel parking lot, is just south of apartment building Turntable Studios. It is already zoned for 12 stories. 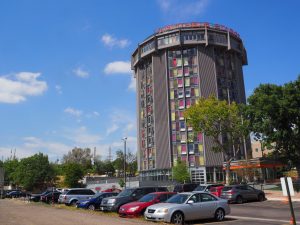 The proposed apartment complex would be just south of Turntable Studios.

The executive who submitted the plans, Joe Swensson, did not respond to a Tuesday request for comment.

The property is currently owned by 19th and Clay LLC, an entity affiliated with Denver-based Nichols Partnership. Records show Nichols paid $9 million in October 2014 for the lot and the Turntable Studios building, which at the time was a hotel. The firm then converted the hotel into micro units and sold that project in May 2017 for $31 million.

Opus has developed a handful of multifamily projects in the Denver area, most notably apartment complex Verve at 1890 Delgany St. and condo project The Pinnacle at City Park South at 2990 E. 17th Ave., according to the firm’s website. 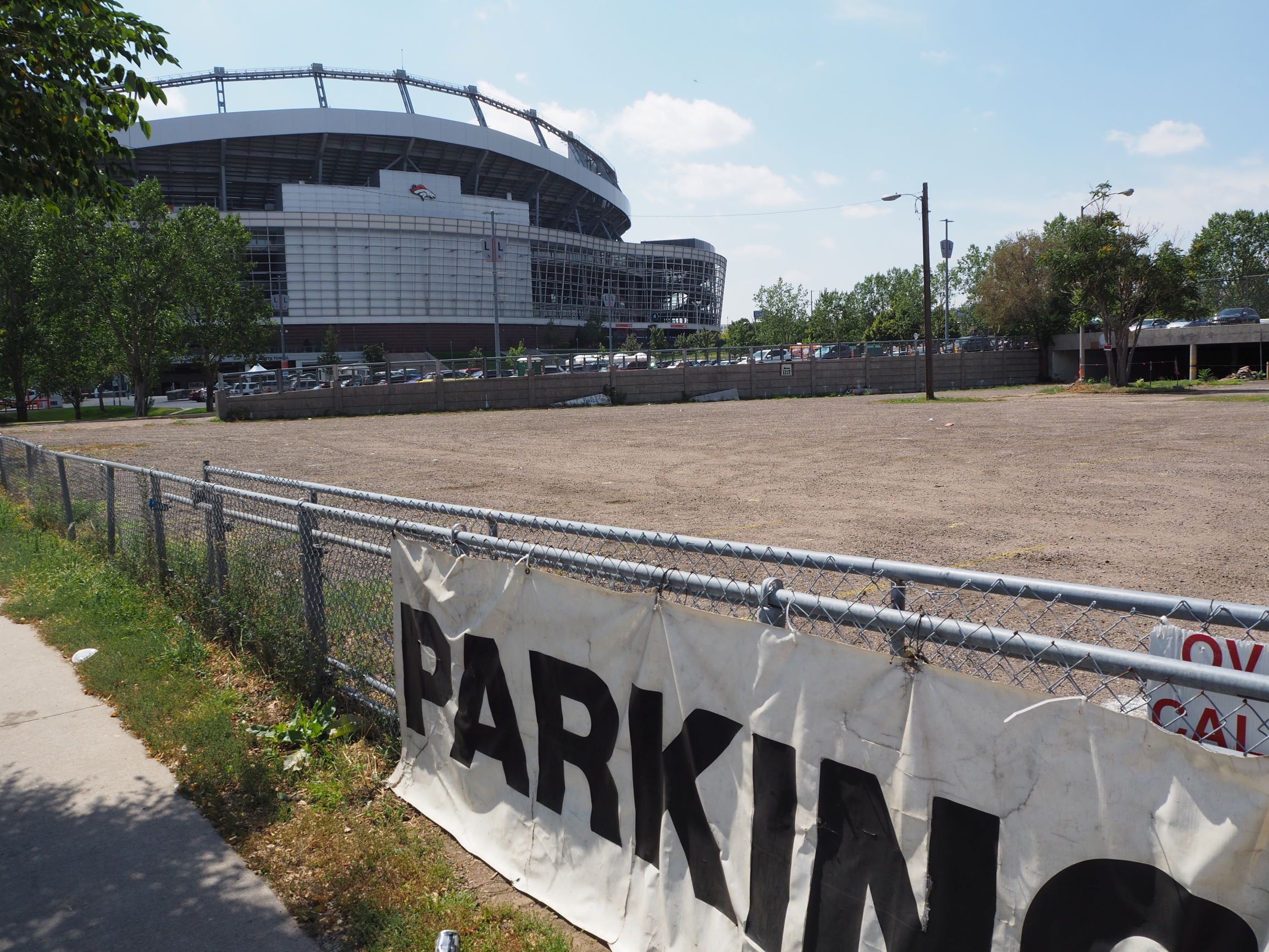 A developer wants to build a 12-story apartment complex on the parking lot at 550 W. 19th Ave., just north of where the Broncos play. (Photos by Thomas Gounley)

The developer behind Verve near Union Station wants to build south of Turntable Studios, which was fashioned from a former hotel.