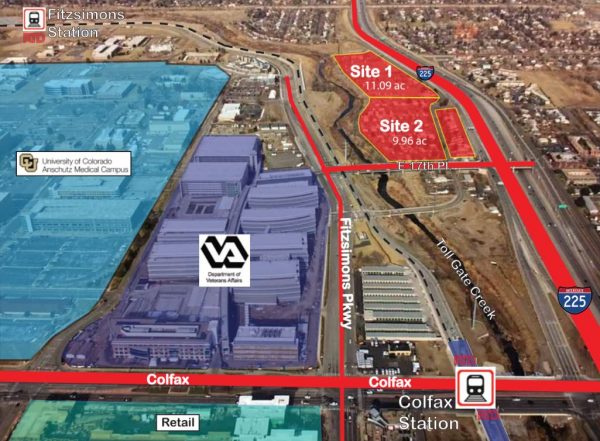 Rezoning has been approved for a former mobile home park up for sale in Aurora, years after the request was first made.

Aurora City Council in June voted to rezone the 21-acre Denver Meadows property at 2075 Potomac St. — along Interstate 225 near the University of Colorado Anschutz Medical Campus — as TOD, for an intended transit-oriented development. The rezoning took effect July 27.

Broker Phil Ruschmeyer of Ruschmeyer Corp., who is marketing the property along with colleague David Ray, said the property officially went up for sale last year, but getting the zoning approved was critical in terms of attracting offers.

The asking price for the property is $45 million, and Ruschmeyer noted the TOD zoning allows for unrestricted height and unrestricted density. The site is within an opportunity zone.

“I would expect that the shovels will hit the ground in the next couple years for the first high-rise in Aurora,” said Ruschmeyer, adding that offers are being accepted through November.

The Denver Meadows property has been made up of a mobile home park and an RV park. Shawn Lustigman owns it.

Ruschmeyer said a city planning process in 2010 recommended that the site be zoned TOD, but an initial attempt by the landowner to get the rezoning was tabled by City Council in 2016, according to the Aurora Sentinel. Residents of the mobile home park, who the newspaper reports became regulars at council meetings, sued Lustigman in 2018, alleging he retaliated against their efforts to resist redevelopment, according to Westword.

In March, the city and Lustigman struck a deal in which council agreed to take back up the rezoning request. Both parties agreed to put up money or provide services to help residents with relocation costs or purchase mobile homes that no longer could be feasibly moved. Ruschmeyer said that agreement involved about $1 million in payments or services.

Ruschmeyer, who in addition to marketing the property also has led the negotiations for the last 13 months, called the process “a cooperative effort from day one, with the mayor, City Council, with the landowner, with tenants.”

Correction: A previous version of this story misidentified when council voted to approve the rezoning. Votes took place in June, and the rezoning took effect July 27. 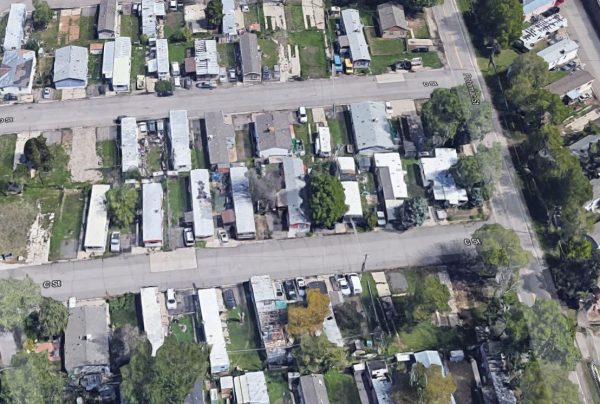 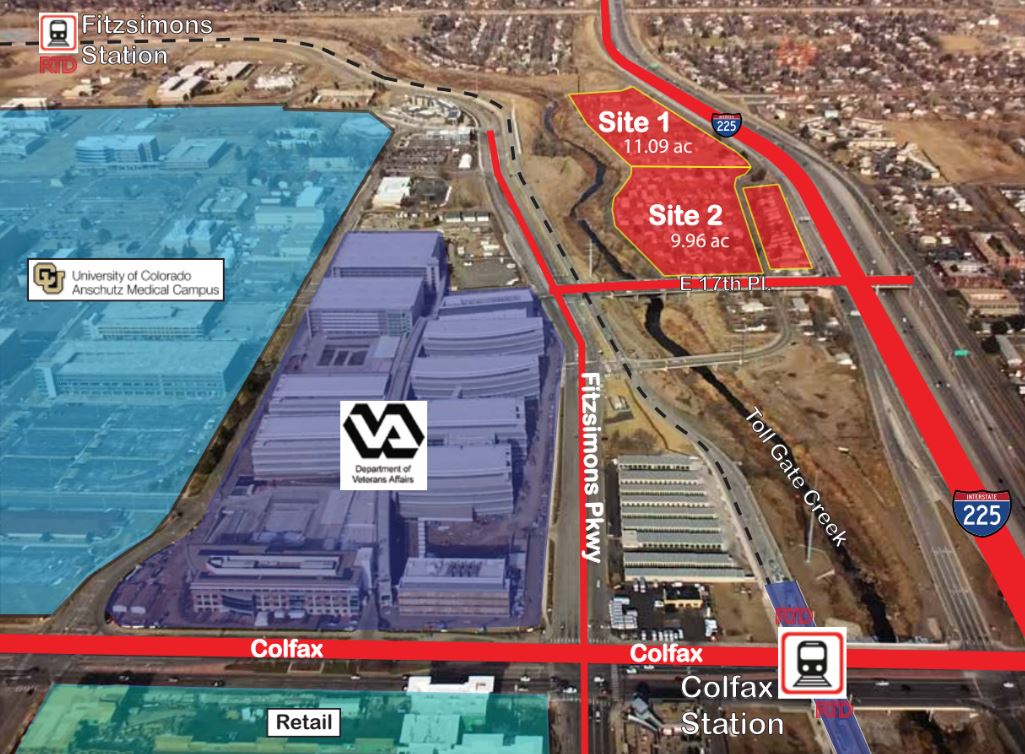 The 21-acre Denver Meadows site now has zoning that allows for unrestricted height and density. The asking price? $45 million.