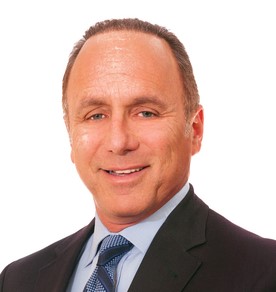 Scott Shwayder, 55, died July 27, according to an obituary published in The Denver Post on Sunday.

Shwayder was born in Denver in 1963, and attended the University of Colorado Boulder, the obituary said. He launched his commercial real estate career in 1987 with Coldwell Banker, but by 1990 had joined forces with Unique Properties founder Marc Lippitt. The firm provides brokerage and property management services.

The Shwayder name carries some weight in the local business community. According to the Denver Business Journal, around 1910, Shwayder’s great-grandfather Sol Shwayder helped brother Jesse transition their father Isaac’s luggage shop into Shwayder Trunk Manufacturing Co., which later changed its name to Samsonite after its best-selling suitcase.

The family sold Samsonite in 1972, and by the 1980s a Shwayder family member was no longer leading the company.

“You’re given this tag growing up that you have money and a privileged life, but for me it was really about having an obligation to maintain the legacy of being a good business person, taking care of people and continuing a strong commitment to local philanthropy,” Scott Shwayder told the Denver Business Journal in 2008.

In addition to helping lead Unique Properties, which has a headcount of approximately 40, Shwayder also played a role in the 2010 acquisition by investors of Front Range Bank, now Fortis Private Bank.

Shwayder’s recent community involvement involved serving on the board of the Helen and Arthur E. Johnson Depression Center on the CU Anschutz Medical Campus. The obituary states that he “was passionate about mental health awareness and destigmatizing mental health disorders,” and a separate death listing asks that donations in lieu of flowers be made to the center.

Shwayder is survived by his wife of 23 years, his two children, one parents and two siblings. A memorial service will be held at noon Sunday, Aug. 18 at Temple Emanuel at 51 Grape St. in Denver.

A memorial service will be held Sunday.