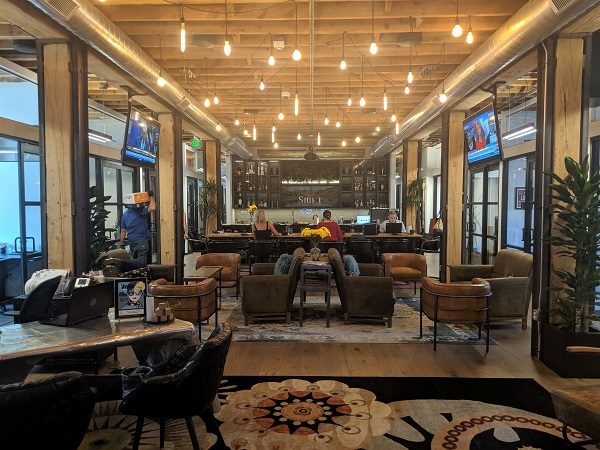 The third Shift Workspaces location is in Littleton. (Libby Flood)

The owner of a Denver coworking brand with locations in Golden Triangle and Alamo Placita is venturing into the suburbs for his third location.

Grant Barnhill, founder of Shift Workspaces, said he signed a 12-year lease for 28,000 square feet in a new building at 2679 W. Main St. in Littleton.

“Our member demographic really appreciates walkable neighborhoods, and this location has a ton of restaurants and locally owned stores,” Barnhill said. 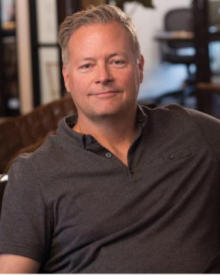 There’s less competition in the southern suburbs, he said, where national players such as WeWork are absent. He said there are a few coworking spaces in Highlands Ranch and the Denver Tech Center, but those are three to five miles away.

“There is no competition really to speak of,” he said, adding that the location is near affluent neighborhoods such as Columbine Country Club.

“Driving, as everybody knows, is a real challenge,” Barnhill said, referencing Denver’s growing traffic woes. “This is five or 10 minutes away. It’s a no-brainer.”

Barnhill said the renovations – the space is just a shell – will cost around $4 million and will include a 3,000-square-foot deck and 120 private offices for three to four employees each. The building was developed by the Dinsdale family, which also owns Bank of Colorado.

Barnhill is hiring Clutch Design Studio and Sprung Contracting to build out the space, hoping to be open in about a year.

“It will have a similar feel to our Bannock location, but even more art-driven.”Barnhill said. “Bannock has 50 pieces of original art or furniture that is one-of-a-kind. We will probably double that at Littleton.”

This is Shift’s first lease. The company bought buildings for its previous locations, which opened in 2012 on the corner of Corona and East 4th St. and in 2016 at Bannock and 10th.

One major advantage of leasing: a faster timeline.

“Our Bannock project took nine months just in permitting and then two years to build,” Barnhill said. “A (lease project) can be a third of the time. That’s attractive to us.”

The third Shift Workspaces location is in Littleton. (Libby Flood)

Grant Barnhill is taking his coworking business to the ’burbs after leasing 30K SF in Littleton.