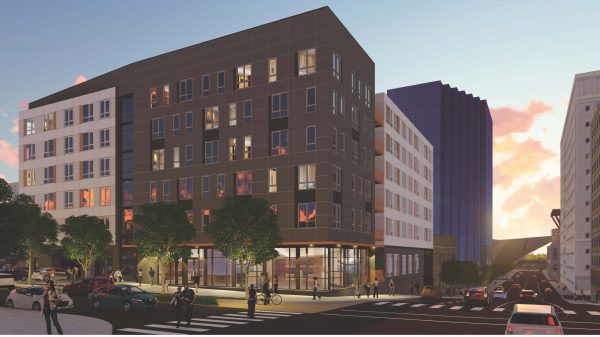 A six-story income-restricted apartment building could replace a state-owned eyesore just south of the Capitol building.

The 103-unit project proposed by Denver-based Mile High Development and Chicago-based Brinshore Partnership would go up at the site of two dilapidated warehouses at 1271 and 1275 Sherman St., across from restaurant City O’City at the southwest corner of Sherman and 13th.

Neither structure has “had meaningful income or tenancy for more than 20 years,” according to documents presented late last year to the Colorado State Land Board, which owns the buildings along with the large parking lot to the south. 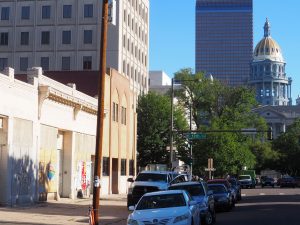 The project would replace two unused warehouses at the southeast corner of 13th Avenue and Sherman St., a block south of the Capitol building. (Thomas Gounley)

The development partners signed a 50-year ground lease with the Land Board earlier this year. The companies were awarded tax credits for the project in May.

The Colorado Sun first highlighted the development proposal last week as part of a broader story looking at efforts by state officials to encourage the Land Board to use its holdings to add to the state’s supply of affordable housing.

The units would be restricted to those earning up to 80 percent of the area median income, according to Mile High’s website.

The project plans still need city approval. A project concept, the precursor to a more detailed site-development plan, was submitted in early June, according to records. KTGY is the project architect.

Thorn said plans do not call for any first-floor retail space, although there would be a community room for residents and a leasing office. Parking would be on a portion of the first floor, as well as one basement level.

The structure largely would mirror the footprint of the existing structures at the site, although the ground lease does include about 3,000 square feet of the parking lot to the south. 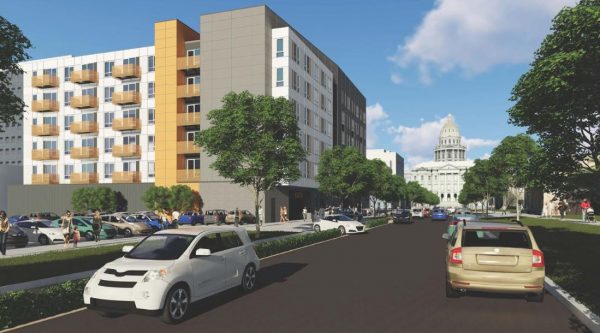 A rendering of the project, looking north along Sherman Street.

Mile High had been in talks with the Land Board about the site since mid-2017, according to documents presented to the board. But Capitol Square Apartments isn’t the first attempt to bring new life to the site.

“Staff has explored numerous alternatives since obtaining title to the block in the mid-1990s, including redevelopment and releasing of the existing structures, removal of the existing improvements to be used as parking, and/or redevelopment by a third party,” the documents read. “These projects have all proved to be uneconomic and/or unsupported by market realities.” 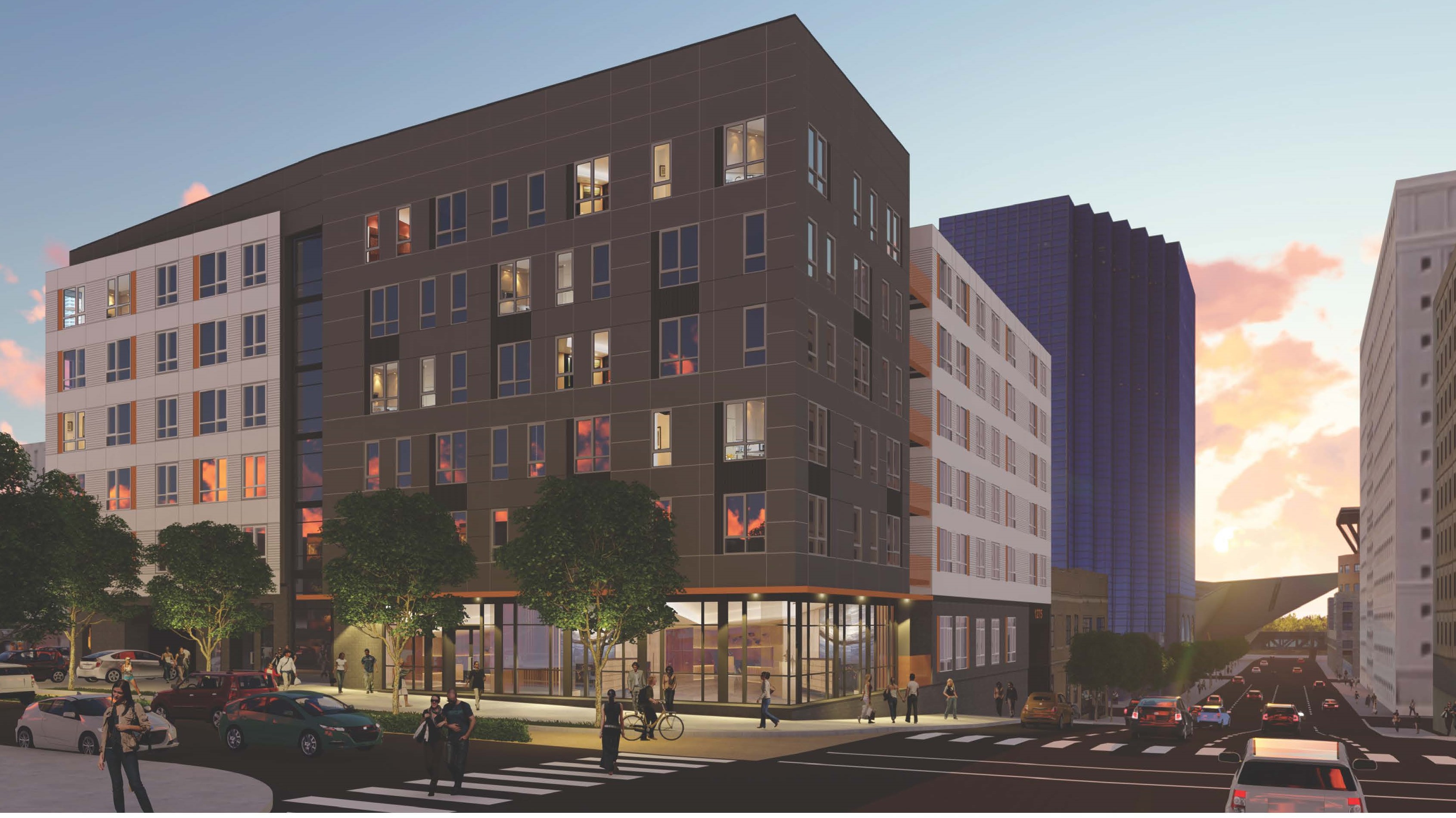 It would replace the dilapidated warehouses at 1271 and 1275 Sherman St., which have not had “meaningful income or tenancy for more than 20 years.”

Could I get into one of those units anytime soon?