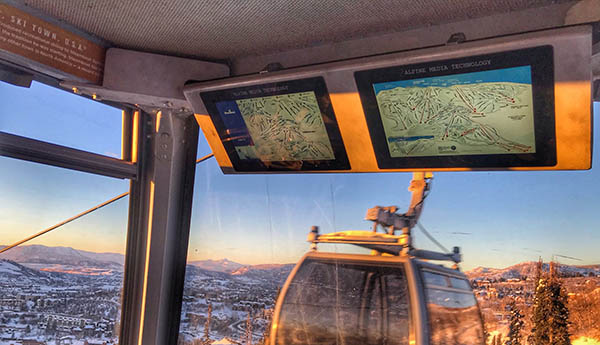 Freddie Peyerl has big plans for this upcoming ski season: he wants 16 more ski resorts around North America to install his iPad-like displays on chairlifts and gondolas.

Peyerl’s Centennial startup, Alpine Media Technology, raised $1.6 million in the last 45 days. That brings the company’s venture capital haul to $3.2 million since 2017. And Peyerl said he wants to expand from 100 digital screens to 1,000 next year.

He said he’s hiring two new sales people to help win business from ski mountains around the country and Canada. The company has nine employees. 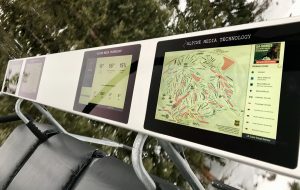 “The thing we’re most excited about is the guest communication. We are able to push messages like information about events, which lifts are closed and which runs are opening up,” Peyerl said.

The company makes money selling 5 percent of the screen space to advertisers. Peyerl said he’s sold to companies like Denver’s Kokopelli Packrafts and a Steamboat emergency room. The ski resorts to not pay Alpine Media Technology.

The displays used to have to be recharged every evening, but Peyerl said this winter he will be using a recharging process in which the screens get more juice each time they run through the bottom of the lift through the “bullwheel.”

Peyerl said that as a lifelong skier, he’s being careful not to tarnish the natural element customers are looking for at ski mountains.

“We appreciate that it’s a space people go to get away. At the same time, skiers bring their own devices, and they’re looking for the information we’re providing.” 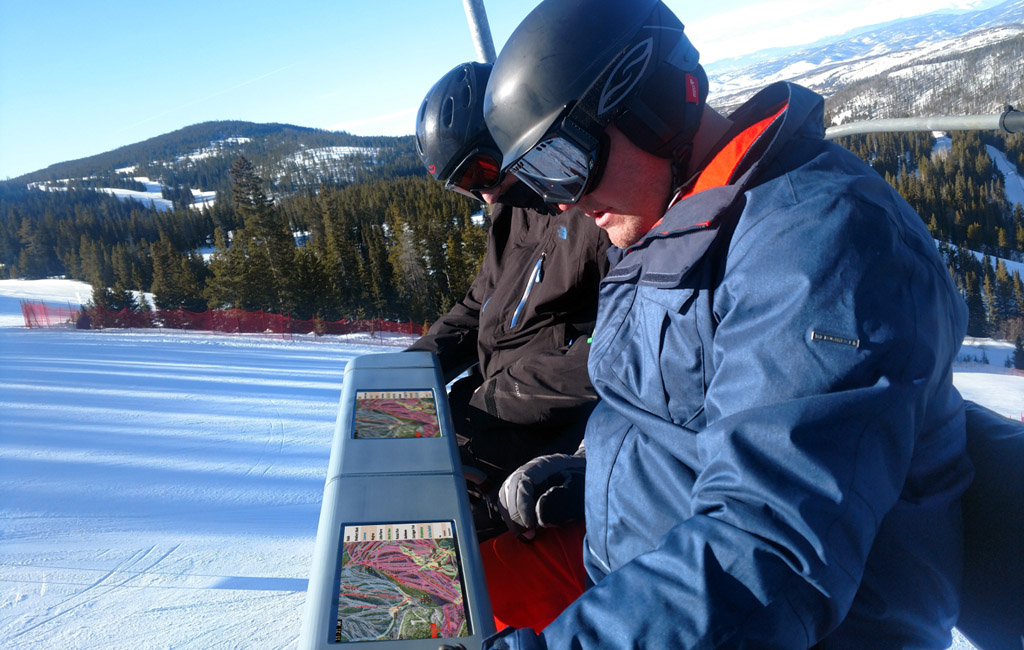 Founder and CEO: “We appreciate that it’s a space people go to get away. At the same time, skiers bring their own devices, and they’re looking for the information we’re providing.”