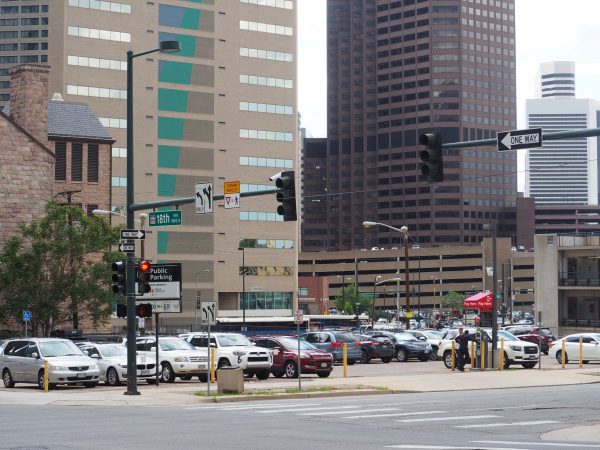 The Emily Griffith Foundation sold the parking lots at the corner of 18th and Lincoln and the corner of 19th and Broadway for $11 million. (Thomas Gounley)

A nonprofit that supports the Emily Griffith Technical College has sold a pair of parking lots across from the school, one of which once was eyed for a 20-story project.

The Emily Griffith Foundation sold the parking lots at 1811 Lincoln St. and 1830 Broadway last week for $11 million, according to county records.

The buyer was Dikeou Realty, acting as 1825 Lincoln LLC, records show. The Dikeou family owns a number of parking lots in the downtown area.

The foundation once hoped to develop the parking lots in conjunction with Denver-based Zocalo Community Development. Preliminary plans announced in 2015 called for a 20-story building to go up on the 1811 Lincoln lot, with some 200 apartments, the majority of them income-restricted. 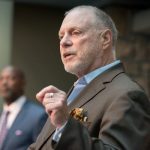 Alby Segall, who was president of the foundation at the time the lots were bought, said the idea was also to build another parking garage on the 1830 Broadway lot.

Speaking to BusinessDen Friday, Segall said the development plans were shelved in 2016 as the foundation faced the fact that it “was going to have to raise a significant amount of capital, and tie it up for a long time.”

The foundation’s current president, Tatiana Hernandez, said Friday that the parking lots provide some parking for the school, but also are used by the public. She said that while they’ve been a source of ongoing revenue, “we came to find they’re much more valuable on the market.”

Hernandez said sale proceeds will be used to expand programs and develop new ones at the school, and, more broadly, further meet the needs of students and local industry.

The Emily Griffith Foundation sold the parking lots at the corner of 18th and Lincoln and the corner of 19th and Broadway for $11 million. (Thomas Gounley)

The foundation at one point planned to partner with a local developer to build a 20-story project on one of the lots. But “it didn’t pencil out.”