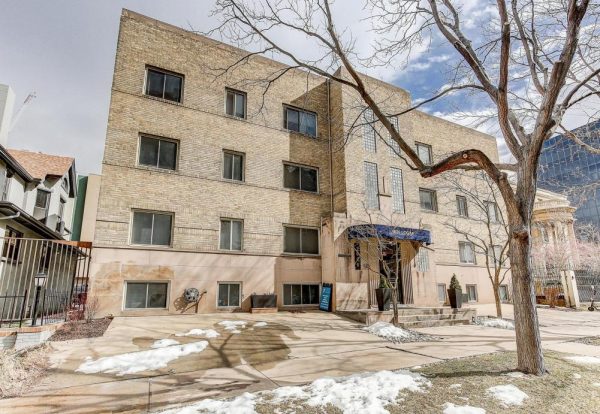 An Uptown apartment complex has sold for $7.85 million, up 76 percent from the last sale six years ago.

The four-story building at 1626 Logan St., known as the Thomas Jefferson Apartments, was purchased this week by 1626 Logan Street LLC, according to county records.

The building, which dates to 1941, was sold by Denver-based Hogarth Property Co., known as HPC Denver. The company, acting as Filross 1626 LLC, paid $4.45 million for the property in May 2013, according to county records.

Brokers Kyle Malnati, Greg Johnson and Conner Piretti of Calibrate Real Estate represented the buyer and seller in the latest deal. The property originally was listed at $8 million.

According to its website, HPC still owns a mixed-use building on Lafayette Street in Uptown, an apartment building on Sherman Street in Capitol Hill and a set of duplexes in Congress Park.

That’s up 76 percent from six years ago, the last time the Thomas Jefferson Apartments sold.