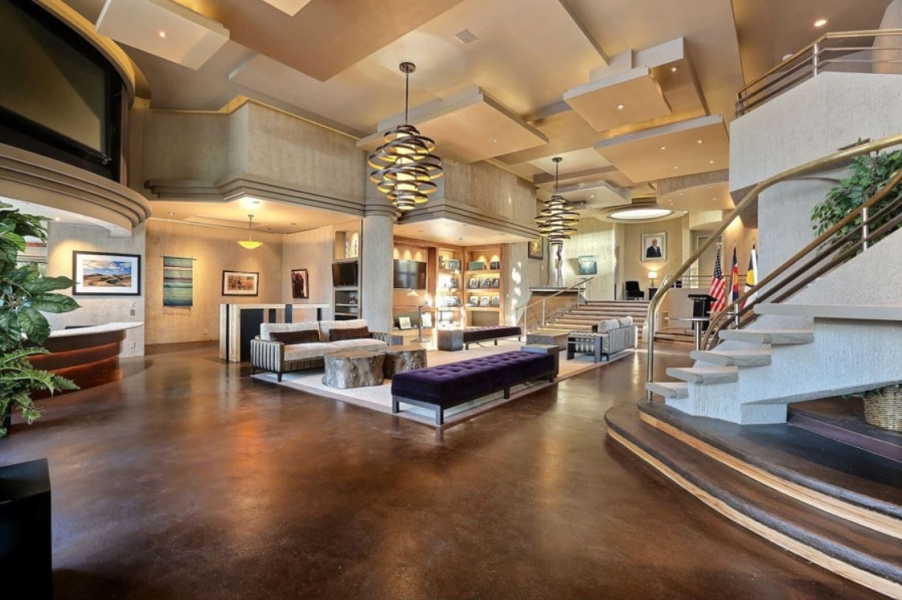 An interior photo of the portion of Cableland intended for entertaining. (Cableland Home Foundation) 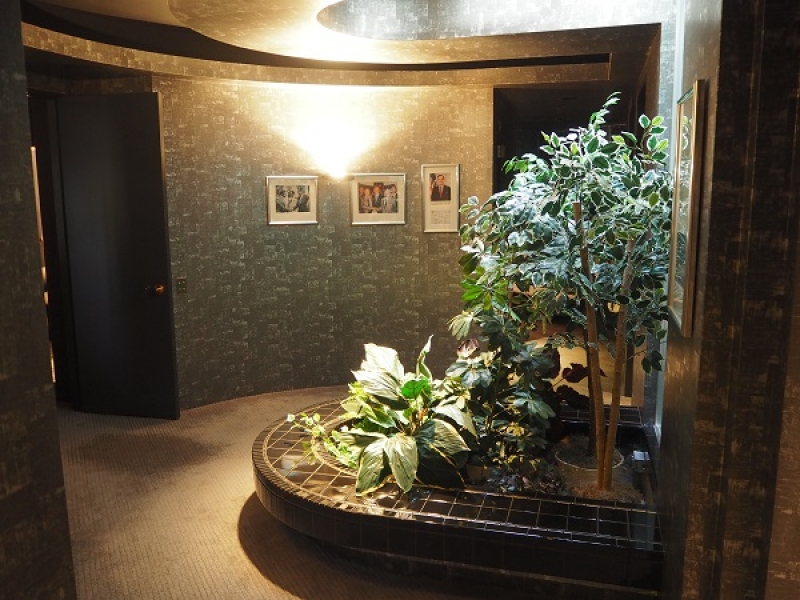 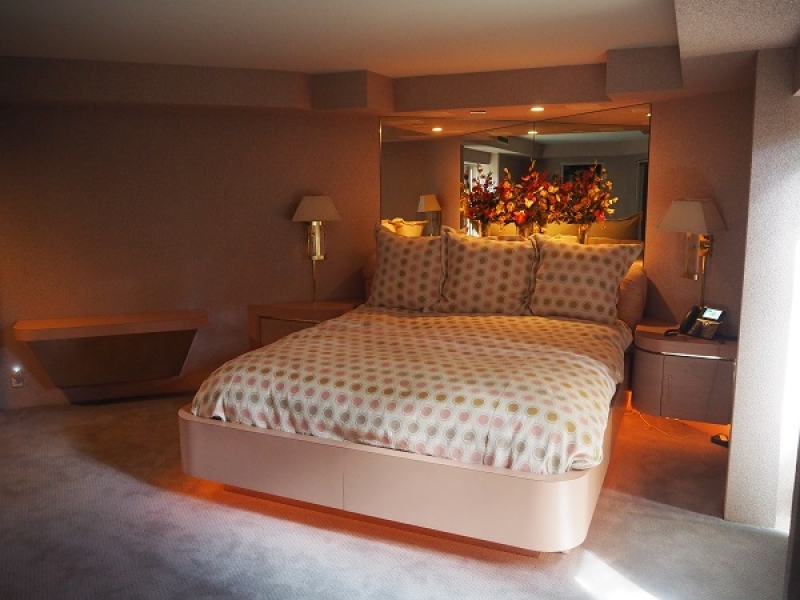 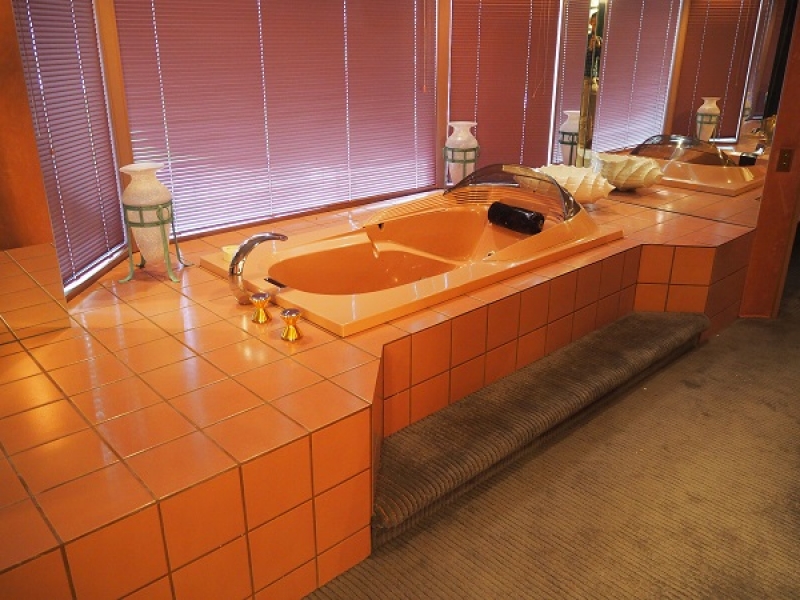 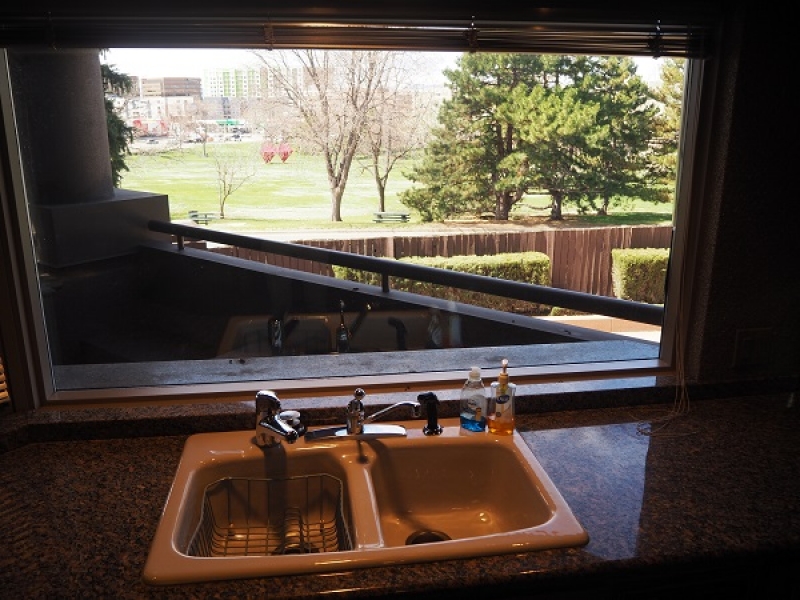 A late billionaire’s bachelor pad that is now the official residence of Denver’s mayor — although no mayor has ever chosen to live there — is poised to get another layer of protection.

The massive home at 4150 E. Shangri La Drive, dubbed “Cableland” after the industry that gave original owner Bill Daniels his wealth, is en route to being named a historic landmark by the city.

A council committee voted last week to send a bill that would do that to the full legislative body. The designation would be a largely ceremonial move, because a private foundation already oversees the property and can limit the changes the city makes to it. 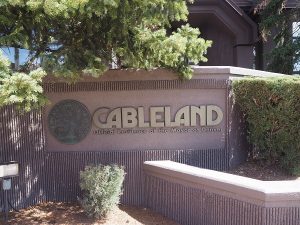 A sign notes Cableland is the official residence of the mayor of Denver.

Daniels was a pioneer in the cable television industry, and left more than $1 billion to his Denver-based philanthropic organization, the Daniels Fund, upon his death at 79 in 2000. His Cableland estate, which is in the Hilltop neighborhood, was completed in 1987.

A portion of the four-bedroom, 13-bathroom home — sometimes referred to as the “Mauve Mansion,” after the original interior color scheme — was Daniels’ living quarters, with the remainder intended primarily for entertaining, particularly charity events. There is also a guest house, which has two of the bedrooms.

The 19,500-square-foot home showcased Daniels’ love of technology, as well as an eccentric side. According to materials prepared by city staff, upon completion, the house had 97 telephones and 64 small televisions on a single wall in the media room (with another 24 elsewhere in the house). A 12-foot fireman’s pole connects the main bedroom to the media room. Outside, there are “squirrel condos” and a swimming pool that, at 1,102 square feet, is larger than most Denver apartments.

Daniels’ living quarters are dark and have few windows, a fact attributed to the businessman’s time serving on aircraft carriers as a fighter pilot during World War II, which apparently made him fond of confined spaces. 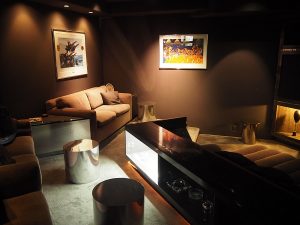 Daniels was reportedly fond of dark, confined spaces due to his time as a WWII fighter pilot.

The house is an example of postmodernism, which gained popularity during the 1970s and ’80s. According to city staff, Cableland is one of the few residential postmodern buildings in Denver. Postmodernism was a style used more often for public and commercial buildings, including Denver’s “cash register” building (the Wells Fargo Center, at 1700 N. Lincoln St.) and the central branch of the Denver Public Library.

Daniels, who was unmarried during the time he lived at the home, donated the property to the city in the late 1990s. The donation agreement stipulated that neither the exterior nor interior be substantially changed without approval from the Cableland Home Foundation, which Daniels set up and endowed with money to maintain the property. The agreement also stipulated that the property would be referred to as the official residence of the mayor, although every mayor since then has passed on living there.

Only three other cities in the United States have official mayoral residences: Detroit, New York City and Los Angeles. Each is used by the current mayor. 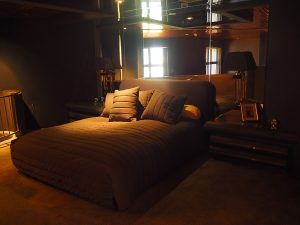 Renovations since Cableland was donated have focused on the portion of the home intended for entertaining. Daniels’ former living quarters have sat largely unchanged.

Cableland only recently became eligible for the city’s landmark designation, because structures must be 30 years old to be considered. Tim David, a board member with the Cableland Home Foundation, said the designation, which would apply only to the exterior of the structure, would essentially reiterate what the city already agreed to when it accepted the donation. But he thinks Daniels himself would have wanted the designation.

David, who worked for Daniels for 23 years, said he thinks the landmark designation would be justified given Daniels’ status as “the most prolific philanthropist in the history of the city.”

“Bill loved the place, and I’d love to see him honored,” David said.

Denver’s Landmark Preservation Commission — the first public body to consider the landmark request, prior to the council committee — voted 6-1-1 in favor of the request, with one member against and one member abstaining. 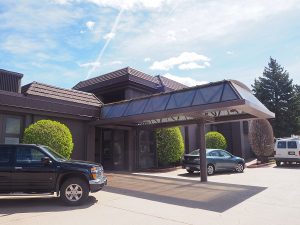 Asked by a council member last week why two commission members hadn’t been in favor, city planner Kara Hahn said they “basically felt the building was unattractive,” and questioned whether postmodernism was an architectural style worth preserving.

At the moment, there’s no particular threat to the future of Cableland. The request was officially made by Mayor Michael Hancock, since it is typical for property owners to initiate landmark requests.

The greatest threat to the home’s future came in 2010, when then-mayor John Hickenlooper wanted to sell the mansion and use the proceeds to fund college scholarships.

At the time, The Denver Post quoted Hickenlooper saying Cableland “was built for a successful and iconic bachelor who lived most of his life at night,” and thus not of great use to the city. The New York Times reported that Hickenlooper’s then-wife “vowed that she would sooner live in the county jail after staying a weekend at the Cableland mansion with their young son.” 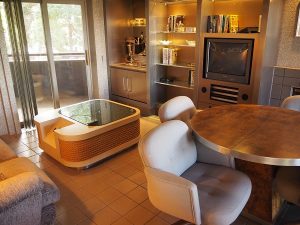 A seating area next to the kitchen in Cableland.

David said Daniels spent $8 million building the house, and a sale in 2010 likely would have fetched less and resulted in the demolition of the house. He said it also could have dissuaded other entities from donating to the city. Hickenlooper’s proposal to sell ultimately failed to gain traction with City Council.

These days, David said, Cableland is used about 75 times a year. He estimated that half of that use is by the city and half is by nonprofits, which can pay to use the space. Nonprofits sometimes use the space for fundraising events, while the city tends to more often utilize the mansion for off-site meetings.

David said he doesn’t think Daniels would be surprised that no mayor has opted to live at the property. The large pool in the center of the compound, he noted, isn’t necessarily ideal for mayors with young children, and the living quarters were clearly built with one occupant — Bill Daniels — in mind.

“There’s really nothing like it in Denver,” David said.

No Denver mayor has opted to actually live in the idiosyncratic home built by billionaire Bill Daniels.