Steve Kurowski is leaving the Colorado Brewers Guild in May. He is the marketing director.

Lindsay Richardson has joined Richards Carrington. She will lead the education law practice.

Barbara Mica joined Brownstein Hyatt Farber Schreck as chief operating officer. She had been with Munger, Tolles & Olson and has degrees from Northern Illinois University and The George Washington University.

Ryan Copeland has joined Polsinelli as a shareholder. He focuses his practice on private equity funds, financial institutions, alternative lenders and commercial borrowers in finance and restructuring transactions. He has degrees from University of Illinois at Urbana-Champaign and the University of Chicago.

Zachary Sanfilippo is an associate. He is a graduate of the University of Denver.

Christopher Lueth is joining Kirkpatrick Bank as vice president, commercial lending. He has degrees from Drake University and the University of Iowa.

Neil Westergaard will contribute a regular column. He had been with the Denver Business Journal and The Denver Post.

John C. Ensslin will cover Denver politics, government and civic affairs. He had been with Rocky Mountain News and the The Gazette in Colorado Springs.

Dawn DiPrince has been promoted to chief operating officer for History Colorado. She is the chief community museum officer.

Dana Crawford of Urban Neighborhoods Inc. and Heidi Baskfield of Children’s Hospital Colorado have joined the board for The Trust for Public Land.

Rob Anderson has joined the board of directors for the Denver Childrens’ Home. He is with Cresa.

Robin Hickey is deputy director and chief financial officer for the Denver Urban Renewal Authority. She had been with the New York City Economic Development Corp. She has degrees from Rutgers University and the City University of New York – Baruch College.

Dave Maddocks has been promoted to director of finance and accounting for Brinkman Construction. He has degrees from the University of Northern Colorado. 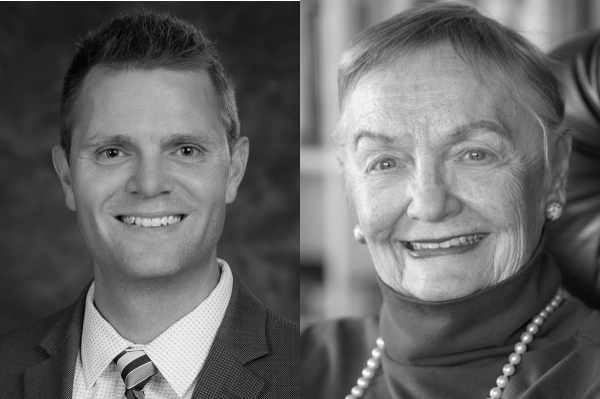 Steve Kurowski is leaving the Colorado Brewers Guild in May. He is the marketing director.

Lindsay Richardson has joined Richards Carrington. She will lead the education law practice.