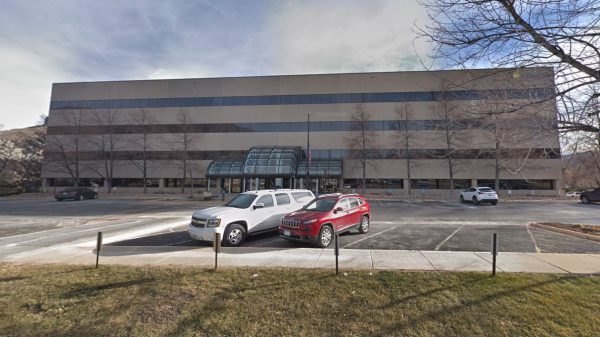 The City of Golden has reached a deal to buy the building at 311 10th St. (Photos courtesy Google Maps)

Golden’s City Hall is likely on the move.

The city said in a news release this week that it has reached a deal to buy 7.1 acres that include the four-story, 160,000-square-foot office building at 311 10th St. in Golden from brewer MillerCoors for $12.25 million.

The site is generally bounded by 9th, East and Vasquez streets, as well as Clear Creek. City Council is slated to vote on the purchase agreement at its April 11 meeting.

The city said it intends to renovate the office building into a new “Civic Center,” with space set aside for city administrative offices, the Golden Police Department, the Golden History Museum and unspecified “community cultural entities.” It would replace the existing City Hall building at 911 10th St. 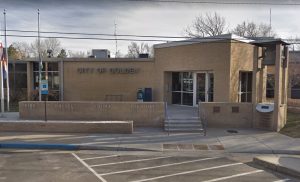 The city plans to move various city offices to the building, leaving behind its existing City Hall at 911 10th St.

City Manager Jason Slowinski said in a statement that the project would address capital needs identified by the Golden Investment Task Force, a council-appointed group that met throughout 2018.

The city said that, if council signs off on the deal, it expects to seek public input as it determines future uses of the existing City Hall and History Museum sites, as well as the additional acreage included in the purchase. It noted the purchase would give the city “significant influence in a large area susceptible to redevelopment.”

Steve Glueck, Golden’s director of community and economic development, said Coors employees occupy about one-third of the building, and likely would stay until early next year.

Glueck said he didn’t have an estimate of what the renovations could cost, but that options were being considered during the inspection process and the city would have a better idea when it gets closer to closing on the property.

“Our process depends on a number of planning decisions, but we would expect to start moving some personnel into the building in 2020,” he said.

“The main factor to consider this opportunity is that as a smaller built-out downtown, there are very few anticipated opportunities in Golden to seek to achieve some longstanding community goals,” Glueck said.

The City of Golden has reached a deal to buy the building at 311 10th St. (Photos courtesy Google Maps)

City official: “Our process depends on a number of planning decisions, but we would expect to start moving some personnel into the building in 2020.”