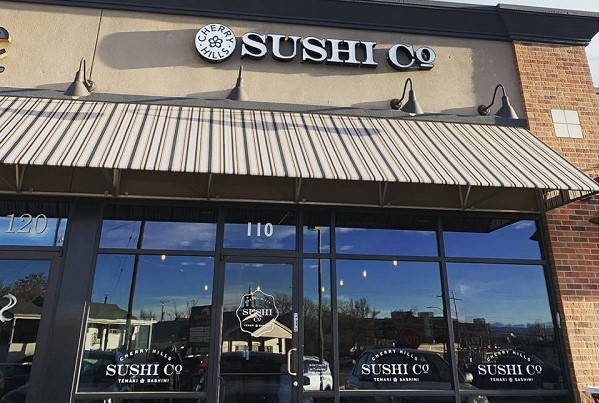 Bradford Kim is on a roll.

The chef behind 3-year-old Cherry Hills Sushi Co is opening another two eateries this year in Park Hill and Berkeley. Park Hill Sushi Co is set to open in April at 4900 E. Colfax Ave., and Berkeley Sushi Co, at 4404 Yates St., is targeting a late-summer opening, Kim said.

The new restaurants will resemble the original’s intimate setting. Both Cherry Hills and the upcoming Park Hill site fit about 20 people, while Kim’s 1,400-square-foot space in Berkeley will hold about 30.

“We like to keep it small and casual,” Kim said.

Just like the original Cherry Hills eatery, there won’t be table seating at its new locations. Patrons will sit at the bar while their sushi is hand-rolled in front of them.

Made-to-order hand rolls, or temaki, are the restaurant’s specialty, and Kim trains his staff on how to make them. Each roll is made and served one by one to ensure freshness, and can be served with a choice of 10 fillings, including blue crab, spicy shrimp, and unagi.

The menu also includes six kinds of sashimi, which is thinly sliced raw fish served without rice. Options include yellowtail, albacore and salmon. 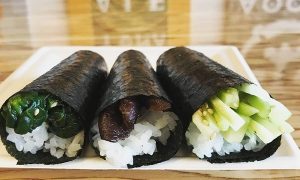 Hand-rolled sushi is the restaurant’s specialty.

Both restaurants will offer sake, as well as Japanese craft beer and Japanese whiskey. Customers also can order a sake flight to “introduce them to different kinds,” Kim said.

Cherry Hills Sushi Co employs about 10 people, and Kim plans to hire nine to 13 additional employees at both new restaurants.

“Our servers do everything,” Kim said. “They serve you and make your food for you.”

Kim learned to make sushi in Los Angeles in the early 2000s while working for high-end sushi restaurants on the business side, he said. He moved to Denver about three years ago to be closer to family, and opened Cherry Hills Sushi Co at 1400 E. Hampden Ave. in January 2016.

“I felt like Denver was missing a casual sushi restaurant,” he said. “Sushi-Rama opened up around the same time too, and they’re doing the same thing, which I think is great.” 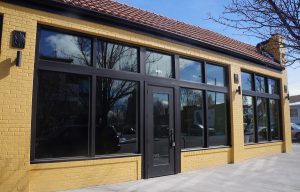 The upcoming Park Hill location is next to The Game Lounge, a restaurant and board game bar that opened last September.

Kim signed a 10-year lease for Berkeley Park Sushi Co, which will share a building with Cedar Hair Studio and Ketch Boutique.

“We’re just going to go with these two first and go from there,” he said. “We’re so small and we’re in different neighborhoods, so we’re going to see how this goes.”

Bradford Kim hopes to open along East Colfax in April and in Berkeley in late summer.