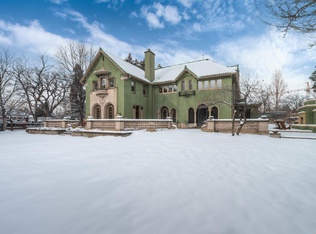 One of Cheesman Park’s crown jewels is back on the market after the home traded owners less than two years ago.

The Waring Mansion, which backs up to the Denver Botanic Gardens, now boasts a higher price tag thanks to the $1.2 million its current owners spent fixing up the 1920s home at 910 Gaylord St.

“It’s like the house wanted them, because it really needed these renovations,” said listing broker Jim Rhye with the Kentwood Co. at Cherry Creek. “Now, it seems like the house is ready for the next 100 years, which is great.”

Rhye said the home’s current owners transformed the main floor area into an open kitchen and family room, and added a mud room, while keeping the mansion’s spiral staircase, library and dining room. 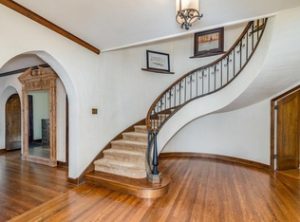 “I think people who want this type of house still want the beautiful formal rooms,” Rhye said. “If they have kids, they must have the big open kitchen/family rooms.”

They also replaced the electrical and plumbing systems in the home and added a fifth bedroom upstairs. Outside, they restored the sage green stucco, and added a bocce ball court and fireplace.

The home, built in 1923, was designed by famed Denver architect Jacques Benedict, who is also responsible for the Washington Park boathouse and other notable Denver landmarks.

Rhye declined to identify the current owner, but county records indicate the home belongs to Kevin C. Mize, whose trust purchased the home in June 2017 for $5 million. It was the most expensive home to sell in the Denver metro area that month. 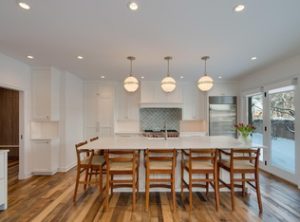 The main floor area has been transformed into an open kitchen and family room.

Stats: 9,937 square feet with five bedrooms and six bathrooms. The mansion is on a nearly half-acre lot bordering the Denver Botanic Gardens, and three blocks from Cheesman Park

The finer things: An original, ornate ceiling, Wolf and Subzero appliances and a new master bath.

The Waring Mansion sold for $5 million in June 2017. The new list price reflects renovations done to the property.