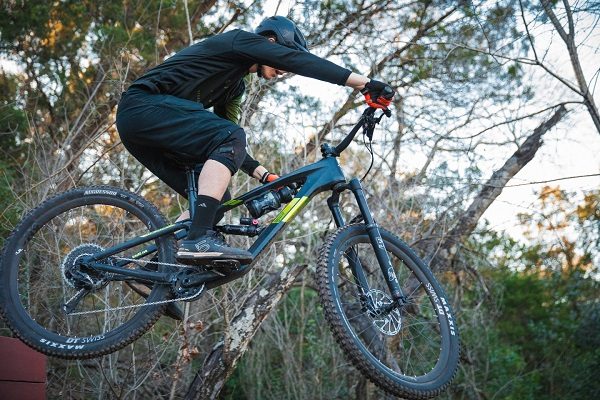 Making affordable carbon fiber mountain bikes in the U.S. is no longer an uphill slog at one Denver bike factory.

Guerrilla Gravity has been working seven days a week for three months to finalize its newest bike invention, a carbon fiber frame made in Denver that the company said is more impact-resistant and significantly cheaper than carbon frames made by other brands.

The frames, which go on sale today, are the end result of about three years of work, according to Matt Giaraffa, co-owner and chief engineer at Guerrilla Gravity.

“Basically what we started with about three years ago was more and more riders on high-end mountain bikes started to expect frames to be carbon,” he said. “So we asked the question: Could we make carbon fiber bikes here in the U.S. cost-competitively and with impact resistance better than what was already out there?”

Guerrilla Gravity ended up with its patent-pending Revved Carbon Technology, which uses materials borrowed from the aerospace industry, and a production system that enables the company to make at least four frames a day.

The mountain bike startup raised $740,000 in funding last year, in addition to a $250,000 grant from the state to build its Framemaker 3000, a steel contraption that automates the fiber placement. Giaraffa said most carbon frames take three to four hours to heat and cool, and that Guerrilla’s frames take about 30 minutes. 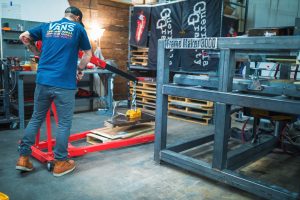 Guerrilla Gravity has been working for three months to develop its Revved Carbon model.

“We don’t have to spend a ridiculous amount of hours hand-placing all these pieces,” he said. “It’ll all be done automated, which is how we can get them to an efficiency level where we can sell them for the cost that we do.”

Guerrilla Gravity employed Denver-based Link Product Development to design the bike, freeing Giaraffa and his team to focus on the manufacturing.

While riders like carbon fiber frames because they’re light, the downside is that they are “inherently brittle,” Giaraffa said.

“If you think about something that’s strong and light and getting rocks thrown at it, brittle is not really what you want,” he said.

Giaraffa said most carbon bikes are manufactured in Asia.

“From a rider’s perspective, because they’re so labor-intensive, they’re expensive,” Giaraffa said. “The reason they make them in Asia is, beyond inexpensive labor, there are lax environmental laws.”

One exception is Alchemy Bicycles, which also manufactures carbon frames in Denver.

“Our focus is a little bit different,” Giaraffa said. “We’ve been focused from the beginning on making the sport less expensive for the masses.”

Riders can swap different parts of the bike to change up suspension travel, wheel size or other components. Guerrilla Gravity expects to deliver bikes four to six weeks after riders purchase them.

“For a while, when the weather was nicer, we were sending it out twice a day,” Giaraffa said. “This was after we had done a ton of lab testing.” 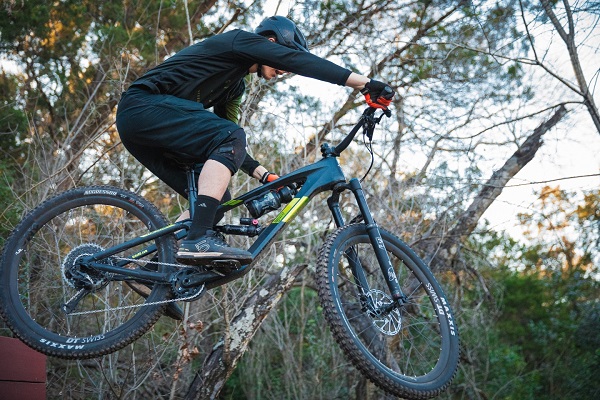