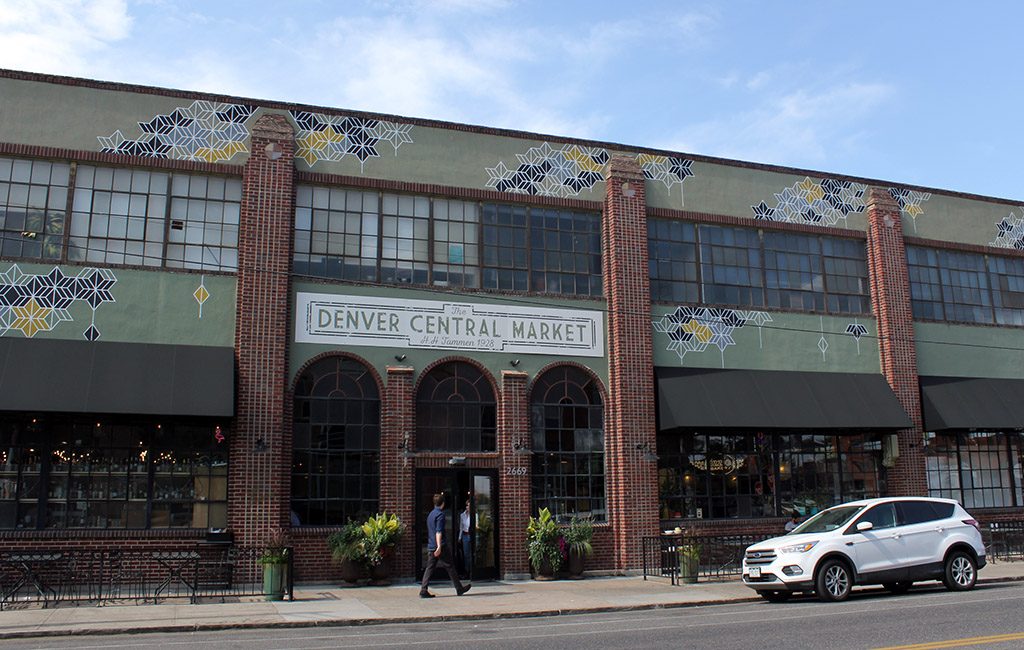 The lawsuit revolves around the April 2018 sale of the Denver Central Market building, at 1336 27th St. (BusinessDen file photo)

The developer of food hall Denver Central Market has been hit with a lawsuit by two onetime business partners who say they’re owed a cut after the building sold for $11.5 million last year.

Ken Wolf was sued in early December by Curt LeRossignol and Dane Wilkerson, who accused him of civil theft, civil conspiracy and breaching an operating agreement.

The lawsuit, which was filed in Denver District Court, also named as defendants Steven Meier and LLCs affiliated with he and Wolf.

The defendants responded to the lawsuit last week, asking the court to dismiss the lawsuit on the grounds that, “even accepting all pleaded allegations in the Complaint as true, Plaintiff’s unjust enrichment, civil conspiracy, and civil theft claims fail to state a claim for which relief may be granted.”

LeRossignol and Wilkerson said in their lawsuit that they are minority owners of an entity called Viaduct Farms LLC, whose managing member and operating manager is Wolf.

LeRossignol and Wilkerson say in the lawsuit that they were each given a 2.5 percent stake in Viaduct Farms LLC when the entity was formed in 1995.

According to the lawsuit, LeRossignol and Wilkerson learned about the sale of the Denver Central Market building from a news article. They then researched and found that, prior to the sale, Viaduct Farms LLC transferred a 67.4 percent stake in the property to North of the Border LLC, and a 27.3 percent stake to Macmeier LLC.

The result of the transaction was that LeRossignol and Wilkerson’s share of the sale was drastically reduced, the lawsuit said.

LeRossignol and Wilkerson then asked to see Viaduct Farms’ financial records, which they were entitled to see under the entity’s operating agreement, but Wolf failed to produce them, the lawsuit claims.

“Upon information and belief, it appears Wolf has wrongfully used the assets of Viaduct Farms for his own personal use and benefit to promote his other business ventures,” the lawsuit reads.

In court filings responding to the lawsuit, Wolf and Meier state Viaduct Farms LLC originally was formed in connection with the purchase of 2501 Blake St. Around 1995, LeRossignol and Wilkerson entered into a contract to purchase the property at 2501 Blake St. around that time, but were unable to close.

The two then teamed up with Wolf, Meier and Charles Woolley to form Viaduct Farms, which bought the property, according to the response. The three put up the necessary funds, while LeRossignol and Wilkerson were given a small stake “for the time they spent in obtaining the contract.”

“In the midst of setting up a new company to complete their purchase, Mr. Wolf, Mr. Meier and Mr. Woolley discovered the significant tax consequences they would incur by liquidating Viaduct Farms and using their proceeds to form a new company to purchase the Larimer Property,” the response reads.

The three “opted to continue operating Viaduct Farms, who would purchase the Larimer Property via a 1031 tax exchange,” the response said.

In November 1997, Viaduct Farms sent a letter to LeRossignol and Wilkerson, telling them their interest in the entity was being redeemed because the entity “had accomplished its original purpose” for which they were given the stake, according to the response. The two were given a check for $27,257, representing their portion of the proceeds from the Blake Street sale.

LeRossignol and Wilkerson waited three years, until November 2000, to respond to the letter, according to the response. At that time, they refused the redemption request and tried to return the funds. Wolf, in turn, told the two they were no longer members of the entity.

Wolf and Meier claim that LeRossignol and Wilkerson then spent 18 years “sitting on their hands” before resurfacing after learning about the Denver Central Market building sale.

“Since then, the Plaintiffs have harassed, threatened, and act in complete bad faith towards Viaduct Farms and its managers, Mr. Wolf and Mr. Meier, in the hopes of gaining a windfall,” the response reads.

The response calls the matter a “contractual dispute” that LeRossignol and Wilkerson “have attempted to dress … up into something much more.” 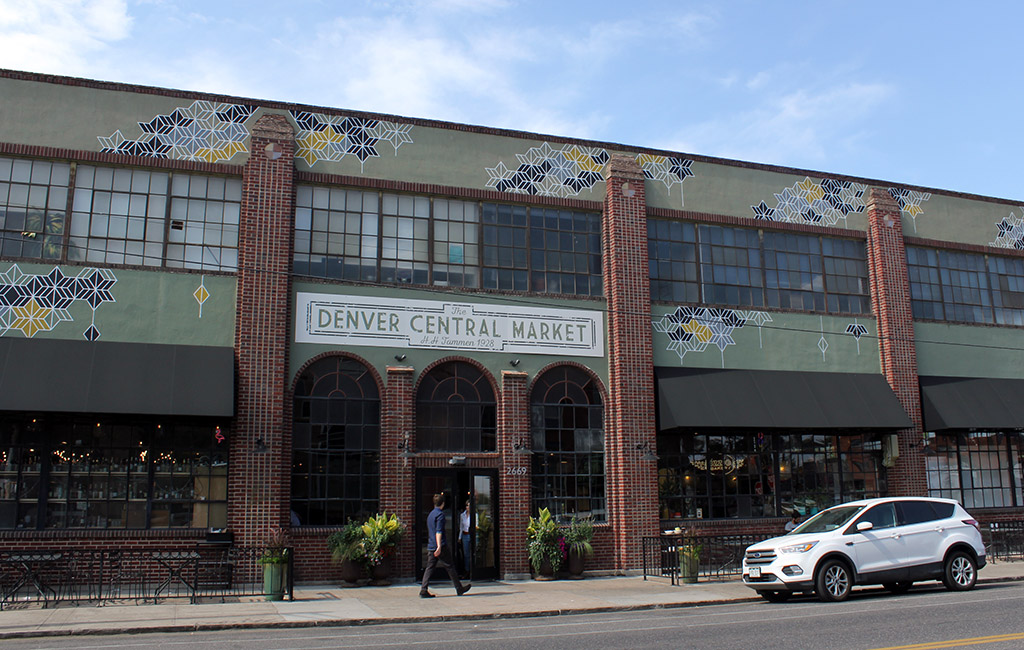 The lawsuit revolves around the April 2018 sale of the Denver Central Market building, at 1336 27th St. (BusinessDen file photo)