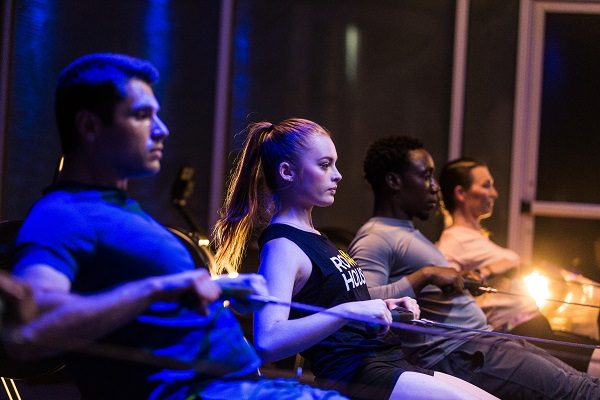 A new fitness franchise revolving around rowing machines is pulling into the Denver suburbs.

Anne Johnson moved from Missouri to the Denver area to open her first Row House studio this March.

Row House, a fitness brand owned by California-based Xponential Fitness, offers fitness classes on rowing machines for a full-body workout. Johnson is opening her first 2,500-square-foot studio in Highlands Ranch at 9358 Dorchester St., and plans to open two more south of Denver by 2020.

“The demographics for Highlands Ranch are perfect for what I’m looking for,” Johnson said. “I had thought I was going to open something in downtown Denver. After doing more research I thought, gosh, I definitely wanted to move south to more of the residential areas. There was just a lot of things pushing me towards the Highlands Ranch territory.”

Johnson, 57, has been a single mom of three sons for more than 25 years, and worked in software sales during that time.

“I had been thinking about starting my own business for the last 10 years,” she said. “I knew that was something I wanted to do but it had to be the right time.”

She spent five months searching for the right business to start. A franchise consultant led her to Row House. While Johnson had tried rowing after having her first child, she was more interested in the fact that the brand’s parent company was Xponential Fitness, the company behind StretchLab (which is opening soon in Cherry Creek), Pure Barre and CycleBar. 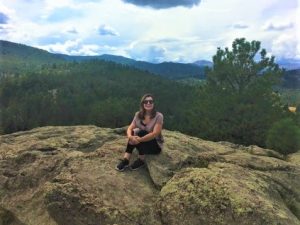 Johnson decided to move from the St. Louis area to Denver to open Row House.

“Whenever I’ve traveled to Denver, I spent a lot of time here professionally and personally,” Johnson said. “I love Denver. It really represents me as far as being more of an outdoor person (and) more laid back.”

Johnson declined to comment on her first studio’s build-out costs, but said she is opening it with personal funds.

Like many of the cycling studios in town, Row House customers will be rowing to the beat of music blaring throughout the studio. Johnson said the majority of the 45-minute classes will involve rowing, with some floor exercises as well. The studio will provide five levels of classes for beginners on up.

“I know that people are really starting to recognize the benefits of rowing and this is new,” she said. “There’s nothing like it right now.”

Johnson plans to hire about eight instructors for her first studio.

Johnson said she is one of four Denver-area franchisees for Row House. Another franchisee plans to open a location at 5616 S. Gibraltar Way in Centennial.

Across the country, Row House has negotiated 175 franchise territories so far, and wants to open 100 studios each year through 2022, according to Johnson.

Row House has four Denver-area franchisees, one of whom moved here from Missouri.