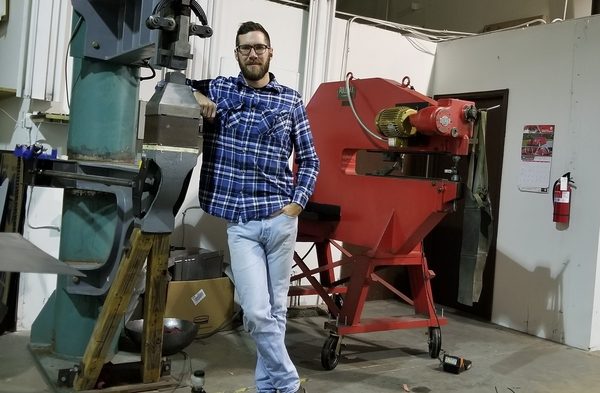 Craig Kennedy has struck out on his own to give classic cars a second life.

The metal fabricator and car repairman has opened Kennedy Coachworks in 2,200 square feet of space at 1855 W. Union Ave., where he’s working on classic cars from the 1920s, 1930s and more recent decades.

“The owner of the whole complex is a car collector,” Kennedy said. “It’s in a neighborhood that has a lot of other types of restoration (businesses).”

Kennedy has worked as a subcontractor at shops in Denver and its suburbs. He decided it was the time to start his own business.

“It’s always been my goal to have my own place to myself (and) work mainly for myself,” he said.

Kennedy, 31, graduated from the automotive technology school WyoTech in 2006 in Pennsylvania. He worked at a shop in Kentucky for five years before moving to Denver. He was a metal fabricator painter and body shaper, restoring classic Ferraris, Mercedes and Porsches.

Kennedy opened his business two months ago. He has a 1931 Ford Model A Pickup and a 1920s Austin Bantam in his shop right now.

He said he has trouble finding parts to replace and restore cars this old. When that happens, he fabricates the metal parts himself.

“The rarer the car gets, the harder it gets to find stuff to measure (parts),” he said.