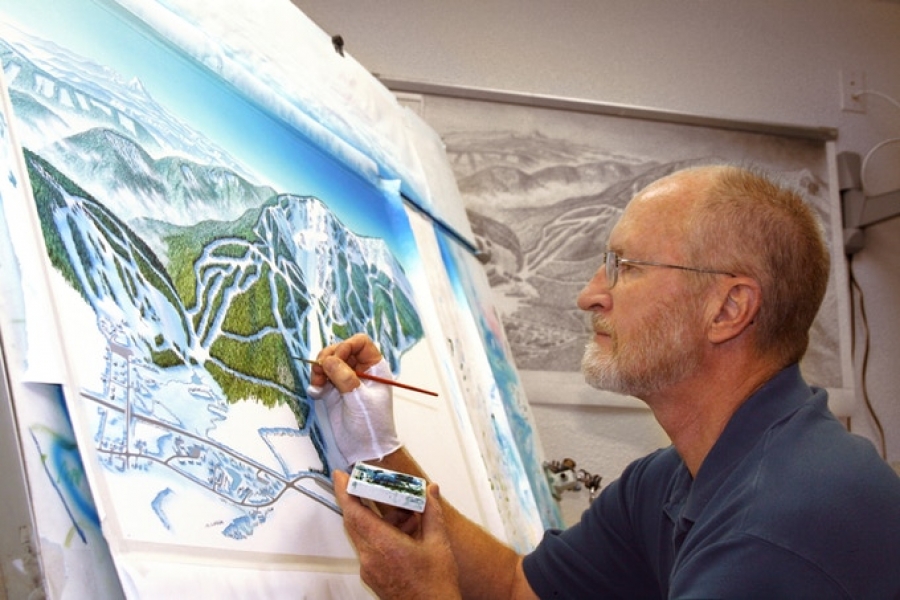 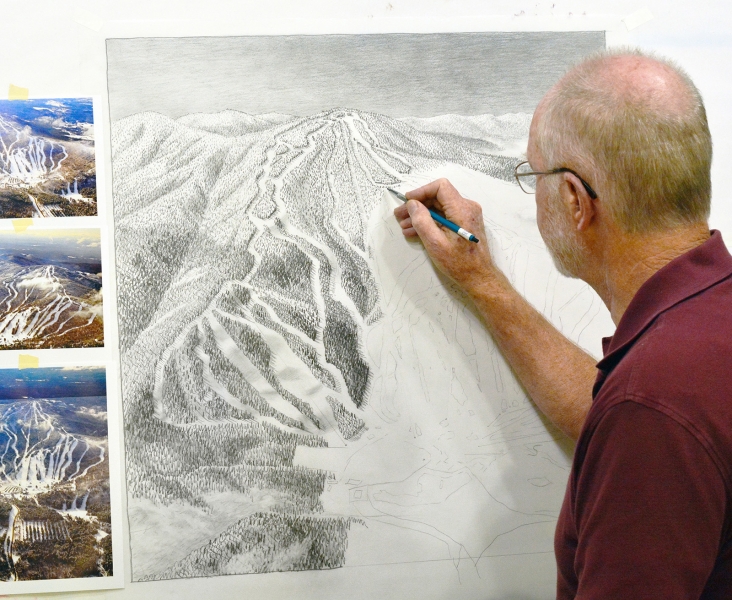 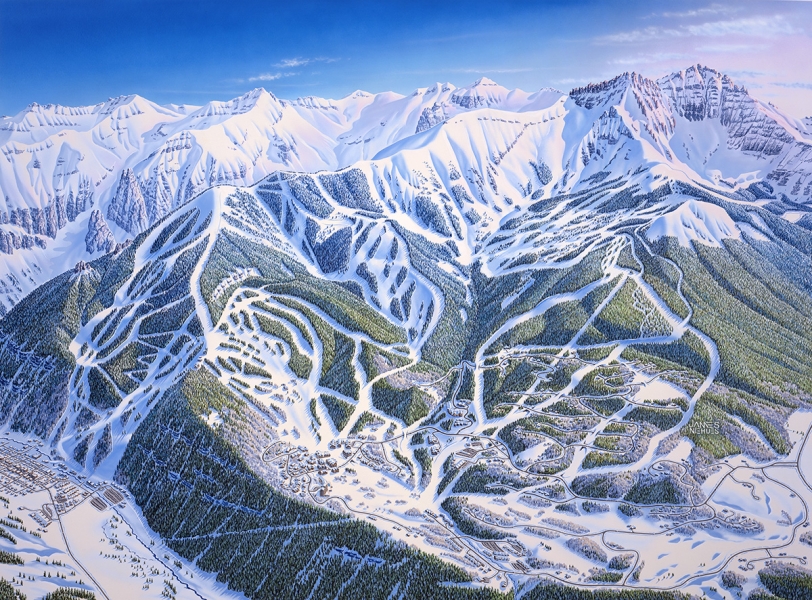 James Niehues knows North America’s ski resorts better than most people – not because he’s skied them all, but because he’s painted many of them.

The Parker resident has memorialized approximately 200 ski resorts by hand in the past three decades, sketching the trail maps that resorts hand out with lift tickets and post at the top of their runs.

Now, for the first time, Niehues, 72, is bringing them all together — and fans have taken notice. A Kickstarter campaign to turn his ski resort art into a coffee table book had garnered $237,000 in sales as of Friday afternoon.

The campaign, which ends in early January, has far surpassed its initial goal of $8,000.

“We reached our goal really in a matter of days, two maybe,” Niehues said. “Of course, whenever that happened, we were all celebrating. It’s had legs, and it just keeps going. That’s what’s so exciting, is that people out there would really like to see this book.”

Niehues said he received an email a year ago from Todd Bennett, a skier who wanted to make a book of all his maps.

“I’ve been wanting to put out a book since the mid-’90s and I’ve just let it go, because of course the more I produce, the better the book will be,” Niehues said. 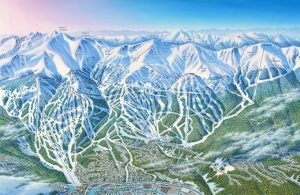 Now, however, the time seemed right, he said. Bennett assembled a team to produce the book, including designers from Cory Grosser + Associates and Jason Blevins, a former Denver Post reporter who writes for The Colorado Sun.

Niehues said that a New York publisher also contacted him about putting together a book, but that he chose to work with Bennett because he wanted the product to be created by ski enthusiasts.

Kickstarter contributors must pay at least $75 to get a copy of the book. It is expected to be delivered in June.

Niehues said he grew up on a farm in western Colorado, spending time outside with his dad hunting and hiking. In the ninth grade, he got nephritis, an inflammation of the kidneys, causing him to remain bedridden for three months.

Niehues said his mom bought him an oil painting set (“Of all things to have in a bed — oil paints”), which launched his passion for art and scenery painting.

Niehues spent the first half of his professional life as a printer, and eventually started his own print shop. That morphed into running an advertising business for seven years. When he met his wife Dora, she convinced him to move to Denver, where Niehues met ski resort painter Bill Brown.

“I walked in looking for a job and I walked out with a career,” Niehues said. “I always admired him and had never been a skier. I’d just admired the trail maps. He had been doing them for a decade, so his images still show up all over the ski industry.”

Niehues, who since has taken up skiing, has traveled to Canada, Australia and New Zealand to paint trail maps. In Colorado, he has painted Steamboat, Breckenridge, Vail, Winter Park, Copper and Keystone.

He’s also expanded outside the ski industry to paint resorts, golf courses and forests in Scotland.

“The ski industry is a pretty small industry, and they don’t repaint their maps every year,” Niehues said. “So it comes along pretty slow, and I’ve kinda painted myself out of the market. I had to look for other work.”

Niehues said he has charged from as little as $2,400 for a map of a small ski area to as much as $15,000 for a large resort. For a little while, he said, he lost a significant chunk of his projects to digital representations of ski mountains. 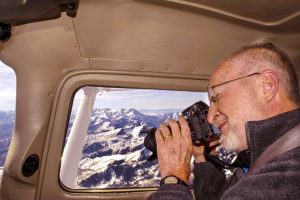 Niehues takes aerial photos and converts them into a watercolor painting.

“The really important part today is the romancing of the ski area,” he said. “It’s showing the skier what he’s going to experience. This image is very important … After you ski it, a lot of people can go back to this image and relive it.”

Niehues’ latest project? For the first time, he’s painting Mount Bachelor, the ski area near Bend, Oregon. It presents a special challenge, he said, because there are runs on all sides of the mountain, making it difficult to paint in one view.

Niehues said it’ll take him two to three weeks to convert aerial photos of the ski area to a watercolor painting of the mountain’s many runs, slopes, rocks and trees.

If you’ve skied it, it’s likely that Parker resident James Niehues has drawn it.