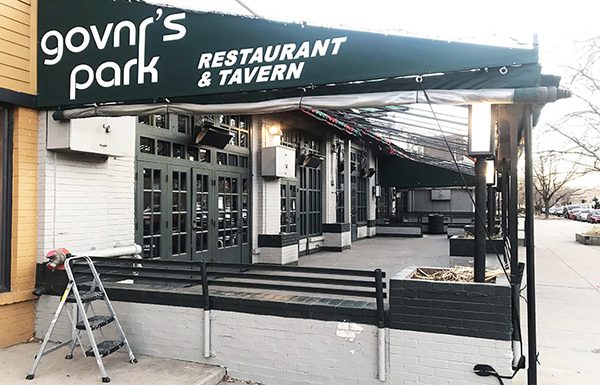 A replacement is flowing into the Govnr’s Park Tavern’s former space in Capitol Hill.

Carboy Winery, which has locations in Littleton and Breckenridge, plans to open at the corner of 7th Avenue and Logan Street, according to an employee at Carboy’s Littleton location.

Permit applications submitted to the city and a new business application filed with the state also indicate Carboy is replacing Govnr’s Park Tavern. Kevin Webber, director of sales and operations at Carboy, declined to comment on the new location.

The owners of Govnr’s Park — as well as its sister restaurants Lala’s Wine Bar + Pizzeria, Marlowe’s and the Paramount Cafe — announced in September it would close the four restaurants. Govnr’s Park Tavern’s last day of operation was in November.

Carboy, founded in 2016, is now producing most of its own wine, harvesting 60 tons of grapes from the Grand Valley this year, and is on track to produce 100 tons next year.

The winery purchased the Gold Pan Saloon in Breckenridge at the beginning of this year and kept the 1800s aura while turning it into a wine-tasting destination.

Meanwhile, in Littleton, Carboy teamed up with Angelo’s Taverna to open a joint restaurant and winery off Santa Fe Drive.

The winery currently has two locations, in Littleton and Breckenridge. Govnr’s Park Tavern, which opened in 1976, closed last month.