Lillian Hoodes was tired of watching her friends pick at their mysterious dehydrated food on backpacking trips.

So she launched TrailFork last year. Originally, the Boulder-based startup made custom dehydrated meals for backcountry adventurers. But this year, Hoodes branched into pre-packaged meals — and she’s about to quadruple her REI presence.

“I think Boulder is the San Francisco or Silicon Valley of food,” said Hoodes, 32. “Everybody seems to have a food startup. People in Boulder are so health-conscious, it’s like the whole town is allergic to gluten. We’ve been able to focus on our target customer just by focusing locally.” 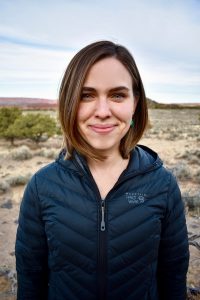 Hoodes grew up in Salt Lake City in a family that made all of its own food on its frequent hiking and camping trips. As an adult, Hoodes recalls backpacking trips with friends who ate dehydrated meals. She wasn’t sure what the ingredients were, but knew the food wasn’t healthy. Plus, she was frustrated with the nonrecyclable packaging.

Hoodes said she began experimenting with recipes for her backpacking trips four or five years ago. A high school teacher for six years, she moved to Boulder last year without a teaching job lined up.

“I just went ahead and launched (TrailFork),” Hoodes said. “There were more people like me who were not satisfied with what’s available.”

The startup operates in a shared kitchen space at 4745 Walnut St. and employs two full-time and two part-time workers. Hoodes works with two other co-founders.

“The recipes were all recipes I had made for myself on my own backpacking trips,” Hoodes said. “I tested them out on friends.” 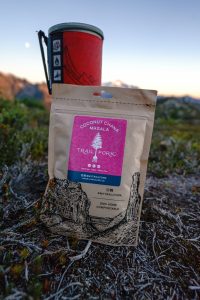 “The cost per calorie on the day kits is actually pretty cheap,” Hoodes said.

The startup received a $250,000 SBA loan last month, which Hoodes said will help TrailFork expand next year from 10 REI stores to 40. Other retailers that stock TrailFork meals include California-based Sports Basement, Backwoods in the Midwest and Boulder’s Neptune Mountaineering.

Starting next year, TrailFork will begin making all but two of its meals completely vegan. The company pays a Canadian business to make its compostable packaging, which is unique in the business.

Hoodes said the hardest part of running TrailFork was at the beginning. She launched in June 2017, then sales slowed in the winter.

“It was really hard to convince myself it was still a good idea,” she said. “The persistence was really challenging.”

Boulder-based TrailFork launched as a custom meals provider, but branched into pre-packaged dehydrated meals this year.