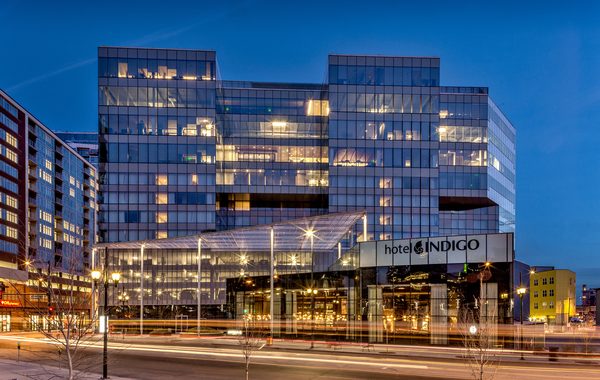 The office and parking portion of Union Tower West, the 12-story building at 1801 Wewatta St. in Denver, sold for $69 million. (Jim Harvey)

A portion of a new 12-story building next to Union Station has sold, setting a record high for the sale of Denver office space on a square-footage basis.

Invesco Real Estate purchased the office and parking portions of Union Tower West on Oct. 19 for $69 million, according to county records.

The December 2017 sale of the 22-story office building at 1401 Lawrence St. also is believed to have been in record territory, but the deal was structured in such a way that the sale price never appeared in public records.

Union Tower West’s office space is on floors nine through 12, according to a leasing brochure.

The sale did not include the space used by Hotel Indigo and its affiliated restaurant space, according to CBRE. Hotel Indigo’s 180 rooms are on floors five through eight. 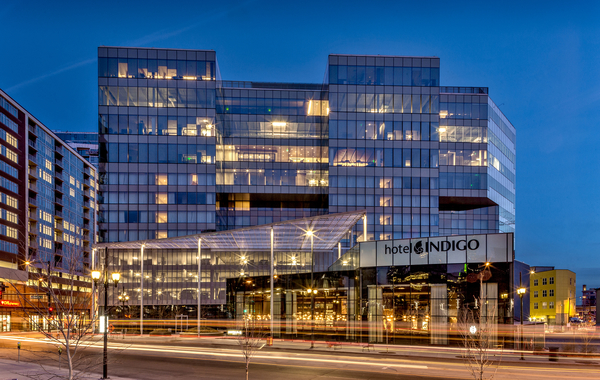 The office and parking portion of Union Tower West, the 12-story building at 1801 Wewatta St. in Denver, sold for $69 million. (Jim Harvey)

Invesco Real Estate paid $69 million for the office and parking portions of Union Tower West, at 1801 Wewatta St. The building’s hotel space was not part of the deal.