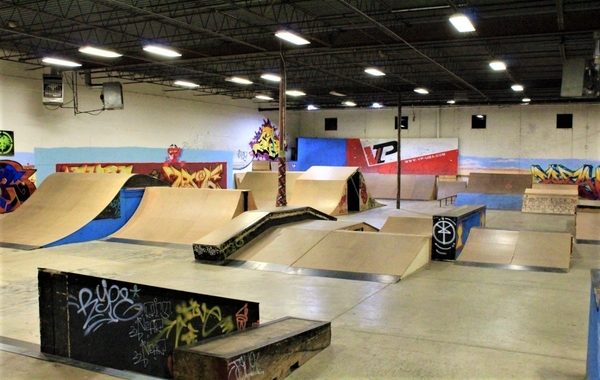 Two Denver skater boys have said “See you later boi” to the spot where an indoor skate park operated for four years.

Evolve Action Sports Park, located at 730 S. Jason St. in Athmar Park, closed Sunday. Managers Jordan Gutierrez and Shay Rubino said they plan to rebrand the business as Radius Ramps and Cycles, and hope to open at a new spot in January.

Gutierrez, 25, said Evolve’s landlord wanted to increase the business’ rent from $10,000 to $11,000 per month, in part because marijuana grow operations have increased demand for space in the neighborhood.

Gutierrez said Evolve has been on Jason Street for four years. Founder Tim Bouchard originally opened the park for his son. 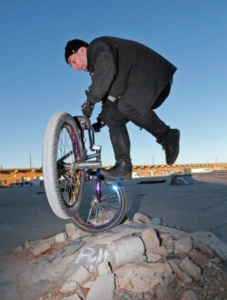 Gutierrez said Bouchard decided to close the business, and gifted $200,000 worth of skate ramps and park equipment to Gutierrez and Rubino, who started managing Evolve in April.

Gutierrez and Rubino, 30, launched a GoFundMe in September, hoping to raise $50,000 to open a skate park elsewhere under the Radius name. The company raised little, but that didn’t doom the effort; Gutierrez said three parents of avid skaters have expressed interest in investing in the business.

As for a new location, Gutierrez said they’ve zeroed in on a site that developers Ken Wolf and Ari Stutz control near the intersection of 38th Avenue and Steele Street in the Clayton neighborhood, but that no lease has been signed.

“All of the ramps we have will fit in there, including our shop,” Gutierrez said, adding that Radius will provide a full-service maintenance shop for bikes, skateboards and other equipment.

The Denver metro area is home to another indoor skate park, Curbside Skatepark at 3535 S. Irving St. in Sheridan. Gutierrez said Evolve was unique in that it also allowed scooters, bikes and inline skates.

“We’ve had over 10,000 riders come from all disciplines,” Gutierrez said. “Pretty much anything wheels that doesn’t have a motor can come in and ride.”

Denver also has multiple public outdoor skate parks, but Gutierrez said the private indoor options are important because they provide coaching, after-school programs and a safe place for kids to practice the sport.

“We always joke around and say we’re the cheapest babysitter around,” he said.

A pass offering unlimited visits to Evolve cost $550 a year or $65 per month. Gutierrez said he expects to charge similar rates at Radius. Gutierrez said the skate park was profitable, with about $450,000 in annual revenue prior to closing.

Evolve Action Sports Park operated in Athmar Park for four years. It plans to change its name to Radius Ramps and Cycles.